‘Though He Slay Me’ — Why the Silence on This Verse?

By John Piper — 2 months ago 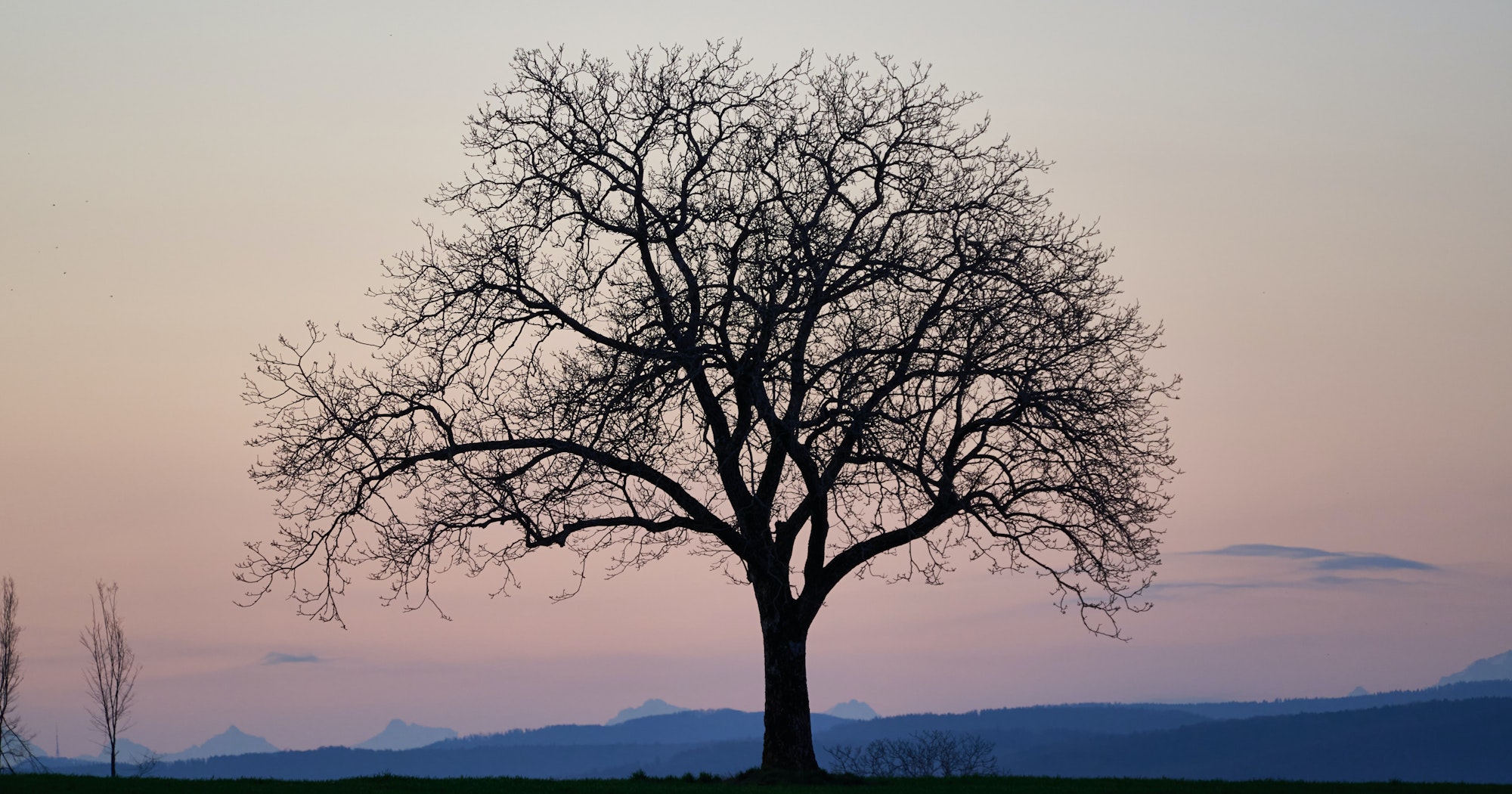 Today’s question comes from a podcast host by the name of Tony. It’s from me! I’ve got a question that’s been on my mind, Pastor John. It’s something I’m trying to figure out. It’s about one of the most remarkable statements in the Bible when it comes to this topic of God’s sovereign design in our suffering. Job 13:15 is the text I’m thinking about. Job says, “Though he slay me, I will hope in him.” It’s a remarkable line, made famous in more recent times by Shane and Shane and their incredible and powerful song by that title: “Though You Slay Me.” Years back, Desiring God partnered with them to record a new edition of the music video that featured a sermon clip of yours, a remix we published in APJ 639. The music-video version of that song now has a whopping nine million views on YouTube, and counting!

So here’s my question about Job 13:15. I know you’ve made passing mentions over the years to this phrase “though he slay me,” but I see only one explicit mention of the text in your entire ministry corpus — from one of your earliest sermons, preached seven and a half years before you even became a pastor. It comes in a sermon titled “Your Calamity in 1973,” preached on New Year’s Eve 1972, in Greenville, South Carolina. As we approach another new year, and the fiftieth anniversary of that sermon, I see that you’ve never mentioned the text again in a sermon. And you’ve never tweeted the line either, though it’s a text that seems to be primed for short-form contexts. In mid-November, when your annual Bible-reading trek takes you through Job 13, you’ve tweeted a couple other verses from the chapter (like Job 13:5 and 24), but never Job 13:15. The meaning of the text is debated. So where do you land now? Are you certain, or uncertain, of its meaning? And with such a text that has become synonymous with Desiring God, why the silence? Wow, Tony, with a thorough question today!

“God, in his absolute ownership and sovereignty over all life, appoints the time and the kind of every death.”

The first thing to say is that I love the truth — and it is the truth, spoken from God’s own mouth — that God, in his absolute ownership and sovereignty over all life, appoints the time and the kind of every death of every person on this planet. And this fact of God’s right to give and to take life is not a reason to reject him, but a reason to hope in him. I love that truth, which means that I love the fact that every Christian — owned by the Creator, doubly owned by the Redeemer — can say and should say, “Though he slay me, I will hope in him” (Job 13:15). Yes, we can say that. We should say that.

That is the ESV of Job 13:15. It is virtually the same as the NIV, virtually the same as the NASB and the KJV. If the declaration that God slays — that is, takes the life of his own precious children — and I don’t doubt that Job was a precious, blood-bought child of God, the blood of Jesus going back over the Old Testament and covering all the saints’ sins, as it says in Romans 3:25. I don’t doubt that. If that declaration, that God takes the life of his people — and that while he does it, we ought to keep hoping in him, trusting in him, loving him, treasuring him — seems foreign to us, or unbiblical to us, or contrary to God’s nature, then we have not been paying attention to our Bibles or thinking rightly about what we are reading, including the book of Job.

In the very first chapter of Job, God takes the life — you could use the word kills — all ten of Job’s children. Job saw this. He saw this, and he confessed that fact, tore his clothes, shaved his head, fell on the ground, and said, “Naked I came from my mother’s womb, and naked shall I return. The Lord gave, and the Lord has taken away; blessed be the name of the Lord” (Job 1:21). That’s a breathtaking statement of worship. “The Lord has taken my ten children away. Blessed be his name.”

Sometimes people say, “Yeah, but Job was a bad theologian at that point.” No, the inspired writer comments in the next verse that Job “did not sin” with his lips when he said that, as if he knew what people would think when they read it (Job 1:22). It was true, godly worship. Then, in Job 12:10, Job said, “In [God’s] hand is the life of every living thing and the breath of all mankind.” God owns all things. He has absolute rights over all living things. He gives and he takes when and how he decides in his infinite wisdom. This is part of what it means to be God, the Creator and sustainer and governor of all things. Deuteronomy 32:39 says (this is God talking), “See now that I, even I, am he, and there is no god beside me; I kill and I make alive; I wound and I heal; and there is none that can deliver out of my hand.”

More Than the Sparrows

Now, Tony, you know that I wrote a book on providence recently. Fifty pages of that book are devoted to this one single biblical reality. It’s section 5, called “Providence Over Life and Death.” Dozens and dozens of texts say this, like James 4:15. Don’t presume upon tomorrow. “Instead you ought to say, ‘If the Lord wills, we will live and do this or that.’” If the Lord wills, John Piper will live to the end of this podcast. If the Lord does not will it, then this microphone goes silent, and you’re going to wonder what happened. Another minute of life, and it’s the Lord’s will or not. If he wills, we live. If he doesn’t will it, we die.

It is a glorious thing that not a single sparrow falls from the sky apart from our Father in heaven. And how much more certainly does he govern the death of his precious children? Even the hairs of our head are all numbered. “Fear not,” Jesus says, “you are of more value than many sparrows” (Matthew 10:28–31).

So, the sentence “Though he slay me, yet I will trust him” is a beautiful expression of reality and biblical faith. God does take the life of his people. And they have every reason to keep on hoping in him, not in spite of that fact, but because of that fact — namely, that he is the all-wise, all-loving, purposeful God, doing nothing from any mistake or any lack of wisdom or any lack of love. Satan doesn’t have the final power over death. Disease doesn’t have the final power over death. Natural disasters don’t have the final power over death. Life and death are in the hand of God, finally. And he is our Father and our Redeemer. By the blood of his Son, he reached back and covered all our sins. And by the resurrection of his Son, he has conquered death.

The reason, Tony, that I have not made Job 13:15 (“Though he slay me, I will hope in him”) the touchstone of my exultation in this glorious truth of God’s sovereignty and our hope is that I knew that if I put too many eggs in that textual basket, someone could come along and make a plausible case that I’m building on sand, because the RSV, for example, translates the verse like this: “Behold, he will slay me; I have no hope.” That sounds like the very opposite of other translations: “Though he slay me, yet I will hope in him.”

There is a real Hebrew textual problem in this verse. There are two Hebrew variants pronounced exactly alike, namely lōw. One variant has lamed-holem-aleph and means “no.” And the other variant has lamed-holem-vav and means “to him” or “in him.” So the readings are “I have hope in him,” or “I have no hope.” And I have not been able to have certainty in my mind, as I’ve worked and worked over the years on the Hebrew, which one the author intended. If the correct variant is “I have no hope,” it doesn’t have to mean (and I don’t think it would mean), “I have no hope beyond the grave,” because that would contradict Job 19:26: “After my skin has been thus destroyed, yet in my flesh I shall see God.” Job, I do believe, was granted insight into eternal life. All it would mean is, “If God slays me now, my hope for vindication on the earth is over. My hope for restored fortunes is over. It’s gone. Life here is over. I’m not going to have a daughter named Jemimah. It’s over.” And that’s true. That would’ve been true. And it would not have been hopeless — just no hope for vindication here and now.