To Groan Is Human — And Christian: Learning from the Emotions of Jesus

By David Mathis — 2 weeks ago 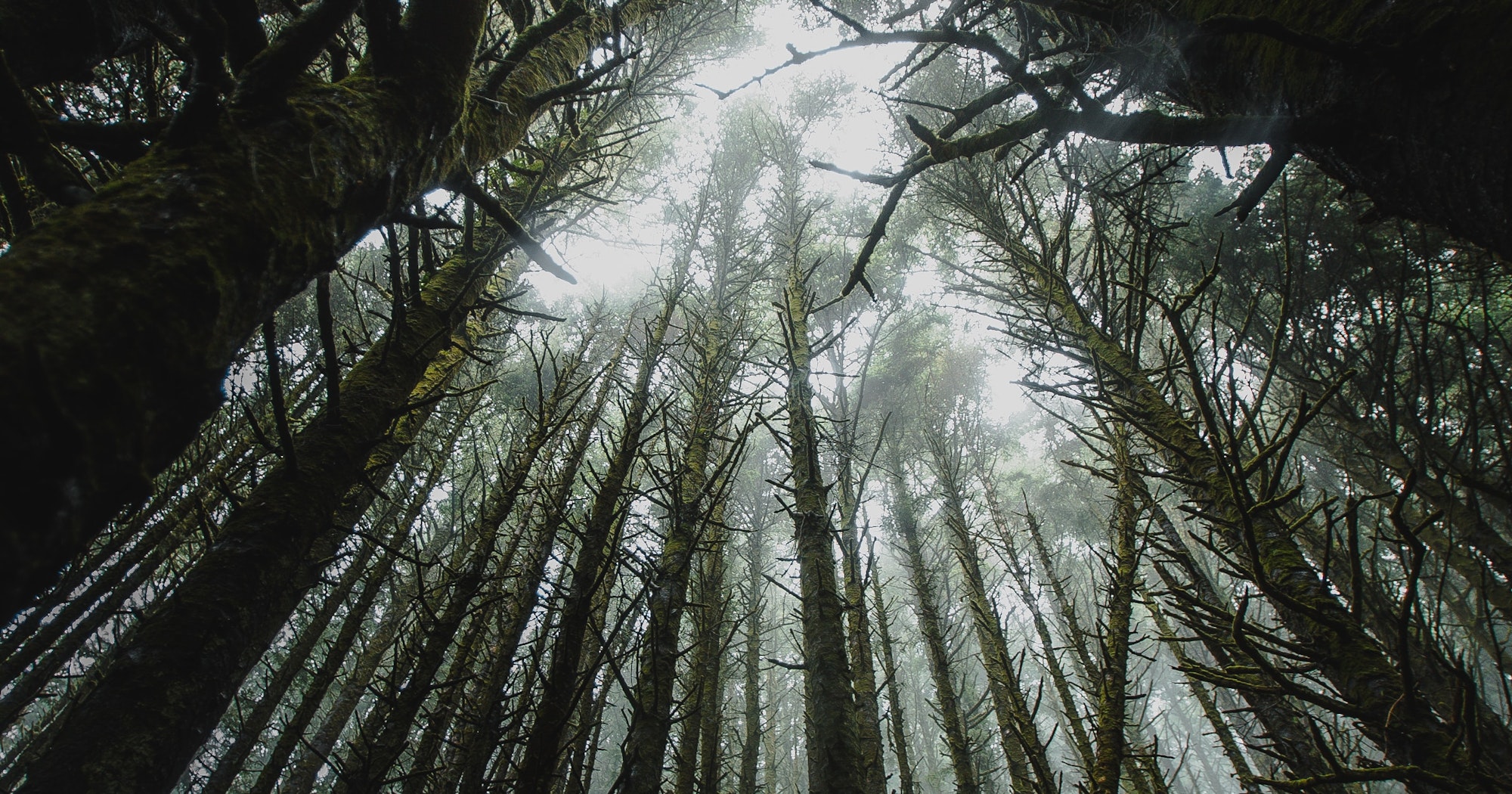 What a wonder that Jesus groaned.

It’s one of the more arresting glimpses into his humanity that we find in the Gospels. Like his flare of righteous anger at Pharisees in Mark 3:5. Or, after Lazarus’s death, his being “deeply moved in his spirit and greatly troubled” (John 11:33). And then, remarkably, “Jesus wept” (John 11:35). How many readers have been stopped in their tracks by his admission of the limits of his human knowledge? “Concerning that day or that hour, no one knows, not even the angels in heaven, nor the Son, but only the Father” (Mark 13:32).

We might overlook this remarkable moment in the human life of Christ — his groaning aloud in Mark 7:34 — if it didn’t happen again, and with more intensity, just a few verses later in Mark 8:12. That is, twice, just paragraphs apart — first before the feeding of the four thousand, then again immediately after — “Jesus sighed.” And the second instance was more dramatic than the first (“he sighed deeply in his spirit”). The Greek for sigh (stenazō) we translate groan elsewhere in the New Testament.

The emotional life of the sinless God-man might be more complex than we’re prone to assume.

What’s in a Groan?

Jesus’s sighing, his groaning, stands out all the more in Mark 7–8, because that’s not the tenor of his ministry elsewhere.

Yes, we know him as Isaiah’s “man of sorrows” not because he groaned his way through ministry, but because he came, in the end, to bear the cross for our sin. Typically, the Christ of the Gospels is conspicuously calm, composed, unnerved in the face of his foes, telling provocative parables, responding to hostile quips with grace and penetrating questions, exhibiting the equanimity that seems to be in shorter supply today.

But manifestly self-possessed as he may be in the Gospels, Jesus is fully human, with all that our nature entails — body, mind, will, and emotions. In particular moments, Jesus could be righteously angry and greatly troubled and even weep. And with each unexpected revelation of his full humanity, we mere humans have much to learn.

We might intuit some grace for us in glimpsing Christ’s groaning. Many keen observers, like J.C. Ryle, have anticipated “a deep meaning in that sigh!” (Expository Thoughts on the Gospel of Mark, 115) — but what, then, is the deep meaning? What might there be for us, his people, in the groaning of our Lord?

Truly Man, Not Only God

For one, we see the realness of Christ’s humanity, and with it, his identification with our plight. Not only does he, in Mark 7–8 as elsewhere, show distinctively human emotions — which he has by virtue of his humanity, not deity — but we find him drawing near to us. His groaning is not only like ours in this fallen age, but also for ours — as it is particularly for the deaf and mute man of Mark 7:

And taking him aside from the crowd privately, [Jesus] put his fingers into his ears, and after spitting touched his tongue. And looking up to heaven, he sighed and said to him, “Ephphatha,” that is, “Be opened.” And his ears were opened, his tongue was released, and he spoke plainly. (Mark 7:33–35)

As William Lane observes, Jesus took the man aside from the distraction of the crowd, entered his world, and “openly expressed the strong emotion he seems to have always felt in the presence of the ravages of demonic [oppre]ession and disease” (Mark, 267).

We might mistake the wrong kind of calmness for spiritual maturity. Godliness does indeed bring calm and stability to a human soul, but not at the expense of deep, spontaneous groans over sin’s curse (holy groans that are, at heart, markedly different from the grumbling which Scripture uniformly condemns). This picture of Jesus is different than the one we might be prone to imagine or portray. The healthy, sinless emotional life is not as one-dimensional as we might think. Holy emotions in a fallen world may fall across a wider spectrum.

“We all have moments, if not extended seasons, where this age of not-yets wears on us. Jesus too.”

Biblically, sighing is not an expression of joy, but of grief. Paired with groaning (Job 3:24; Ezekiel 9:4), sorrow (Psalm 31:10; Isaiah 35:10; 51:11), and the longing for divine deliverance (Psalm 38:9), sighing expresses (audibly) a kind of inner languishing, the opposite of a merry heart (Isaiah 24:7). Sighing is a soft, more quiet form of mourning (Ezekiel 24:17). And it is a universal aspect of the human experience: we all have moments, if not extended seasons, where this age of not-yets wears on us. Jesus too. Jesus sighed.

In the first instance in Mark’s account, the prompt is sin’s curse, as Jesus sees its effects in the deaf-mute before his eyes. Then his groaning intensifies in Mark 8:12 as the focus sharpens to sin itself, in the unbelief of the Pharisees.

Truly God, Not Only Man

If his first groan endears him to us, his second unsettles us as sinners prone to unbelief:

The Pharisees came and began to argue with him, seeking from him a sign from heaven to test him. And he sighed deeply in his spirit and said, “Why does this generation seek a sign? Truly, I say to you, no sign will be given to this generation.” (Mark 8:11–12)

“Jesus did not explode with anger and lose control. Nor was he stoic in the face of unbelief.”

Note this: “he sighed deeply in his spirit,” but did not rage. He did not explode with anger and lose control. Nor was he stoic in face of unbelief. Previously, we might assume his sigh was audible. Now, it’s both more intense and apparently less audible: “deeply” and “in his spirit.” His next words are not an outraged attack on the Pharisees, but a composed, though condemning, refusal to give the sign for which their unbelief pines. “The emotion displayed in his deep sigh was an expression of indignation and grief,” comments Lane. “There is a note of exasperation in the question, Why does this generation seek a sign?” (277).

For us, Mark’s peek into Jesus’s groan, deep in his spirit, exposes our own human proneness to trifle with unbelief. Our age conditions us to take unbelief lightly. We cast a desperate father’s cry — “help my unbelief!” (Mark 9:24) — as a sanctifying of doubt, rather than as a plea for deliverance without delay. But doubt is never a badge of honor in the Bible. Jesus can indeed handle our doubts (and heal them), but he does not celebrate them. In fact, as his deep groaning in Mark 8:12 reveals, few things, if any, discourage him like unbelief.

To this, we might ask ourselves how much we groan as Jesus does. Do we sense, with him, the seriousness, the atrocity, of unbelief? Or do we soft-pedal it, in ourselves and in others? Our Savior may find not that we groan too much, but too little. We need Jesus not to banish such groanings but to right the ship of our hearts, to get them back on course. Like a vessel off course, we groan at what we shouldn’t and do not groan at what we should.

Over His Dead Body

Finally, in the sweep of the Gospel of Mark, we also find an anticipation of the coming cross in the groans of Christ. We do here peek at the griefs of the man of sorrows.

As his first groan of holy compassion escalates to a second groan of holy indignation, the weight on his shoulders grows with each step toward the cross. The curse he will own, the sin he will become, and the unbelief he will remedy are a growing weight as he owns the purpose of his coming. “I have a baptism to be baptized with,” he testifies in Luke 12:50, “and how great is my distress until it is accomplished!” This heaviness was already there in his first sigh. As Tim Keller observes, when Jesus is about to heal the deaf-mute, he doesn’t grin and say, “Wait till you see what I’m going to do for you.” Because no healing, or faith, is free. Jesus will pay for it at the cross.

And the cross-ward solemnity is even more manifest in the second sigh, with the solemn tone of “Truly I say to you,” and his striking, implied self-imprecation. Jesus says, literally, “Truly I say to you, if a sign will be given to this generation . . .” (Mark 8:12) and then does not complete the statement. It’s an if without an explicit then. What’s implied is, “. . . may I be accursed.” Or, as we might say today, “Over my dead body.” Perhaps he trails off because the cross in the distance is becoming all so real. It’s one thing to say “Over my dead body” as a figure of speech; it’s another to own that death is indeed coming, and that he had not come to bring divine curse, but to bear it.

As much as we might hope to imitate our Lord in his holy groanings, we come to this great contrast as the hill in the distance draws near: the God-man went to the cross for the curse of sin and the unbelief he grieved. There were righteous groans in the mouth of Christ, on his way to Golgotha, that are not ours after Calvary.

Still, to groan is human — and Christian, for now. In this age of glorious alreadies and distressing not-yets, we groan, inevitably and even virtuously. And not only do we groan like our Lord, but we marvel that he groaned for us.