Triage in the Trenches: When Do Second-Tier Issues Divide?

By Joe Rigney — 7 months ago 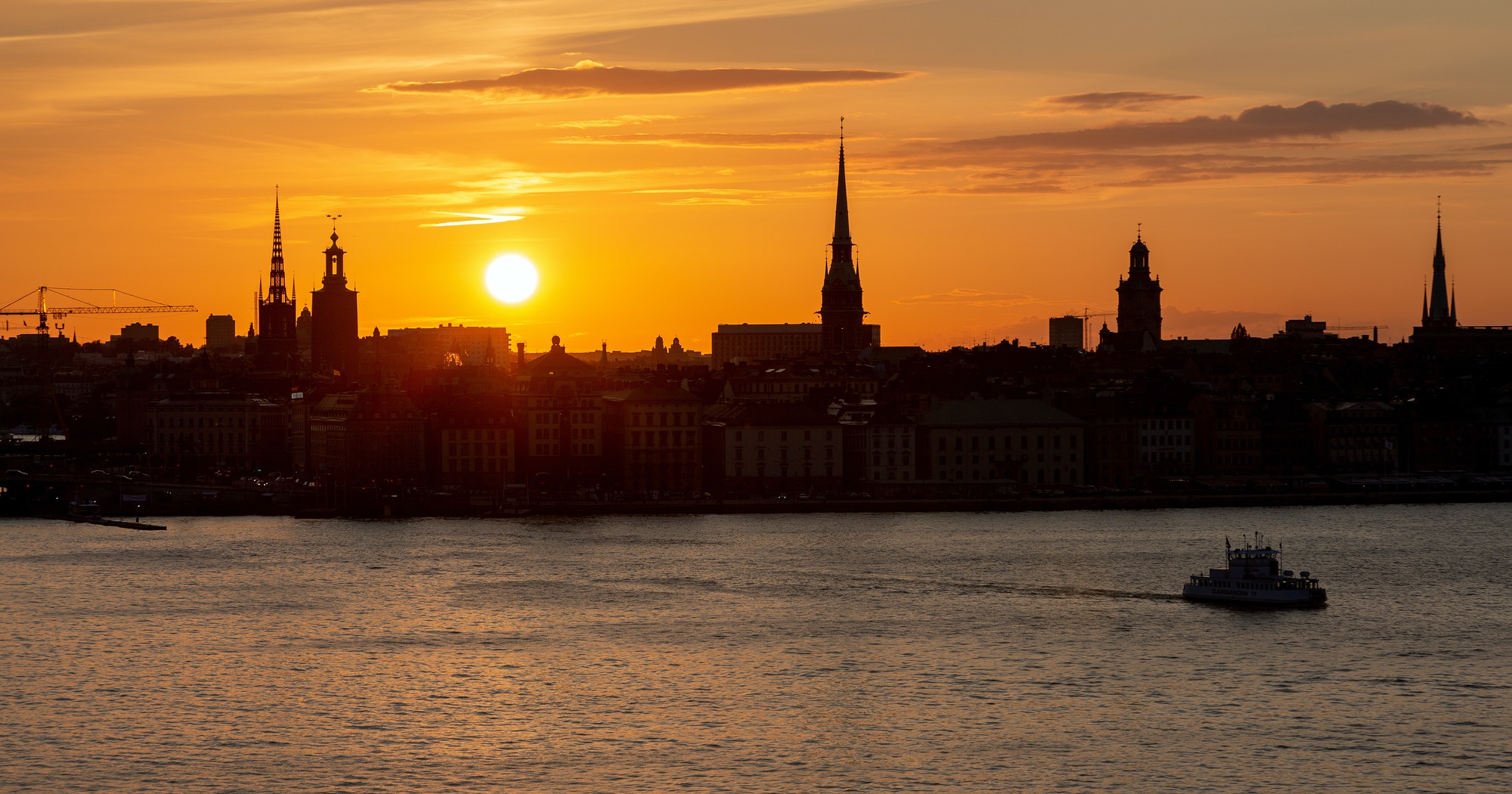 As Christians face the fragmenting of some churches, denominations, and movements, many have turned to the concept of “theological triage” to help navigate the turbulent waters of doctrinal disagreement.

Finally, Hubbard draws on Rhyne Putnam for three tests to aid in our discernment process:

This basic framework is helpful. Still, it frequently leaves us with a puzzle concerning the second-tier issues. In most contemporary uses of theological triage, differences over baptism and differences over manhood and womanhood are both regarded as second-tier issues. In actual practice, however, there seems to be a substantive difference between these two issues. Organizations and conferences like The Gospel Coalition and Together For the Gospel treat these two issues differently. In both cases, baptismal differences are not regarded as barriers to participation, whereas differences over manhood and womanhood are. What might account for this difference (and others like it)?

Theoretical Triage: Thinking About the Body

I believe that further refinement of theological triage can clarify why we would treat certain second-tier disagreements differently than others. (Note: this refinement focuses on the theoretical side of triage. In application to any particular situation, there will be critical concrete and practical considerations in play as well.)

The language of triage is drawn from the field of emergency medicine. In keeping with this imagery, we can consider how we assess the life, health, and practice of the physical body, as an analogy for assessing the life, health, and practice of the body of Christ. (In principle, this same analogy could be used to assess the doctrinal health of an individual as well; for simplicity’s sake, we’ll focus on the church as a body.)

First Tier: Are You Alive?

Thinking in terms of bodily life, health, and practice enables us to identify why certain doctrines are “of first importance” (1 Corinthians 15:3). Paul uses that phrase to refer to the gospel by which we are being saved, if we hold fast to it. He refers specifically to Christ’s death for sin, as well as the historicity of his burial, resurrection, and subsequent appearances. To falter on such gospel truths is to “believe in vain.”

Thus, first-tier issues are matters of gospel significance. Manifest errors on or denials of such fundamental doctrines places one outside the Christian faith. We often summarize the basic gospel in terms of either God-Sin-Christ-Faith or Creation-Fall-Redemption-New Creation. Both of these reveal the foundational doctrines to be embraced and confessed in order to be Christian. The doctrine of the Trinity, the deity and humanity of Christ, his work on the cross and in the resurrection, and salvation by grace through faith are generally regarded as first-tier issues. To deny such doctrines is to fall short of the Christian faith completely.

However, often overlooked in our discussions of gospel issues are fundamental errors on the nature of creation, humanity, and sin. Such issues of anthropology (what C.S. Lewis referred to as the Tao, or the moral order of the universe recognized by all people) could also fall into the first-tier category. Paul explicitly says this when he mentions that “Christ died for our sins” as a matter of first importance. Similarly, the Bible points in this direction whenever it makes clear and manifest violations of the moral law grounds for excommunication from the church and exclusion from the kingdom (1 Corinthians 5–6; Galatians 5:22–23). These moral issues are not merely a matter of special revelation, but are universally known and binding through general revelation in creation and conscience.

But not only do such immoral practices place one outside the kingdom, but affirming and leading others to practice such things makes one a false teacher. Fundamental errors on the goodness of creation and the nature of marriage are treated as demonic teaching and departures from the faith (1 Timothy 4:1–5). The Bible condemns both those who accumulate such teachers to suit their own passions, as well as the teachers themselves (2 Timothy 4:3–4; 2 Timothy 3:6–9). Such people are disqualified from the faith and wander away into myths. And Paul’s condemnation of human sinfulness in Romans 1 not only pronounces judgment on those who practice what ought not to be done, but also those who “give approval to those who practice them” (Romans 1:32).

This means, in addition to the Trinity, Christology, and soteriology, fundamental errors about God’s good design in creation, about the basic nature of humanity, and about the identification of sin and violations of God’s moral law ought to be regarded as first-tier issues. Put more simply, some denials of natural revelation place one outside the kingdom.

Second Tier: Are You Healthy?

Moving down a tier, other doctrines are essential for the body’s health. In fact, the Bible frequently speaks of “sound doctrine,” that is, healthy doctrine. And this is where the use of the body metaphor further refines our framework. Health is not simply an on-off switch; rather health is a spectrum and allows for a range of injuries, illnesses, and diseases. In particular, it allows us to distinguish second-tier errors by relative seriousness, by internal spread, and by transmissibility.

First, consider the relative seriousness of certain errors. Some doctrinal errors are the equivalent of a broken pinkie finger; the body is not fully healthy, but the injury is relatively minor. On the other hand, a broken femur or spine is potentially life-threatening.

Third, consider the transmissibility of the illness. Neither broken bones nor cancer is contagious. But colds, flu, and other diseases are. As Paul says, some teaching spreads like gangrene throughout the corporate body (2 Timothy 2:17). Or, to shift to one of our Lord’s metaphors, some teaching is like leaven which spreads throughout the whole loaf (Matthew 16:6–12; cf. 1 Corinthians 5:6–8; Galatians 5:9).

We can bring these three features together in a variety of ways. Some errors are like the common cold; they may be contagious, but they are minor. Others are like Ebola: highly contagious and deadly. Thus, it’s not enough to simply identify a doctrine as second-order; we must also triage the seriousness of the error, its growth and tendency to foster further error, and its potential to spread to others.

Frequently the deadly doctrines identified in the first-tier have milder counterparts at the second-tier. Thus, certain modifications to the doctrine of the Trinity, while not in themselves fatal, nevertheless have a tendency to erode the doctrine over time and produce bodily illness. The same would be true for certain imprecisions and errors in Christology. And while full-blown Pelagianism is fundamentally in contradiction to salvation by grace through faith, various forms of semi-Pelagianism make the body ill. In contrast to outright doctrinal denial, we might think of this as doctrinal erosion.

“The inspiration, authority, and inerrancy of the Scriptures functions as an immune system that helps the body fight off infection.”

Additionally, we should consider how certain errors compromise the immune system. Initially the error might not have much direct effect on the body’s health. However, by weakening the immune system, such error turns minor colds into deadly illnesses. Denial of the Bible’s authority and trustworthiness is the most obvious candidate for compromising the immune system. As Paul notes in 1 Corinthians 15, all of the fundamental gospel truths are “according to the Scriptures.” Thus, the inspiration, authority, and inerrancy of the Scriptures act as guard-rails for other doctrines; Scripture functions as an immune system that helps the body to fight off infection.

Finally, certain doctrinal issues require agreement for practical purposes. Differences on such questions may not be straightforward matters of life or health, but simply matters of practice: for the community to function well, we will need practical alignment on these issues. We might think of these issues as differences in diet or workout regimen. Healthy people may differ on such questions and still be healthy. Many issues of church structure, liturgy, and ministry philosophy would fall into this category. As matters of wisdom and prudence, faithful Christians will differ, and even have distinct and separate churches or denominations, without regarding each other as dead or even sick.

With this refinement in hand, we can now return to the puzzle with which we began. If baptismal differences and differences on manhood and womanhood are both “second-tier,” are we warranted in treating them differently? The category of bodily health helps us to see why we not only may do so, but ought to do so.

Baptismal differences do matter. As a practical matter, a church will either baptize infants or not. And the differences do have some bearing on how we view the visible church. Nevertheless, such differences, in principle, can be isolated from the fundamental doctrines of the faith. Many paedobaptists and credobaptists frequently find themselves in near total agreement on the substance of the fundamental doctrines of the faith. Thus, it is no surprise that, armed with such substantial agreement, such paedobaptists and credobaptists have found themselves “together for the gospel.”

Additionally, such anthropological error tends to grow over time, especially in the midst of a culture that is fundamentally confused about what it means to be human and hostile to God’s design in creation. Like gangrene, contemporary egalitarianism grows and spreads and leads to greater and more deadly error. The frequent move from egalitarianism to the affirmation and celebration of homosexuality is not so much a slippery slope, but simply what cancer does when left untreated. Tao-erosion frequently leads to Tao-denial.

“Errors on the Bible’s teaching on manhood and womanhood often compromise the body’s immune system.”

Finally, errors on this doctrine are frequently based on interpretive moves that functionally mute certain passages of Scripture and thereby gut the Bible of its authority. Thus, errors on the Bible’s teaching on manhood and womanhood often compromise the body’s immune system. Rather than being the standard by which our beliefs and practices are measured and corrected, the Bible becomes a wax nose that is twisted and put in service to our own passions and desires.

More To Be Said

There are many more issues to consider when engaging in theological triage. I have attempted one refinement to the theoretical framework by which we triage. In actual practice, many other considerations come into play: How pervasive is the error in your church? How influential are those promoting it? Are you dealing with false teachers or confused sheep? What are the particular pressures in your local context?

All of these questions (and more) need to be considered by a team of sober-minded elders as they seek to shepherd their particular flock. Nevertheless, finding clarity on the rationale for first-tier issues, while recognizing the spectrum of health within second-tier issues, will give us a better tool with which to perform the crucial task of teaching, correcting, rebuking, and training in righteousness.