Tweeted To and Fro: Surviving a Distracted and Divided Age

By Matt Smethurst — 7 months ago 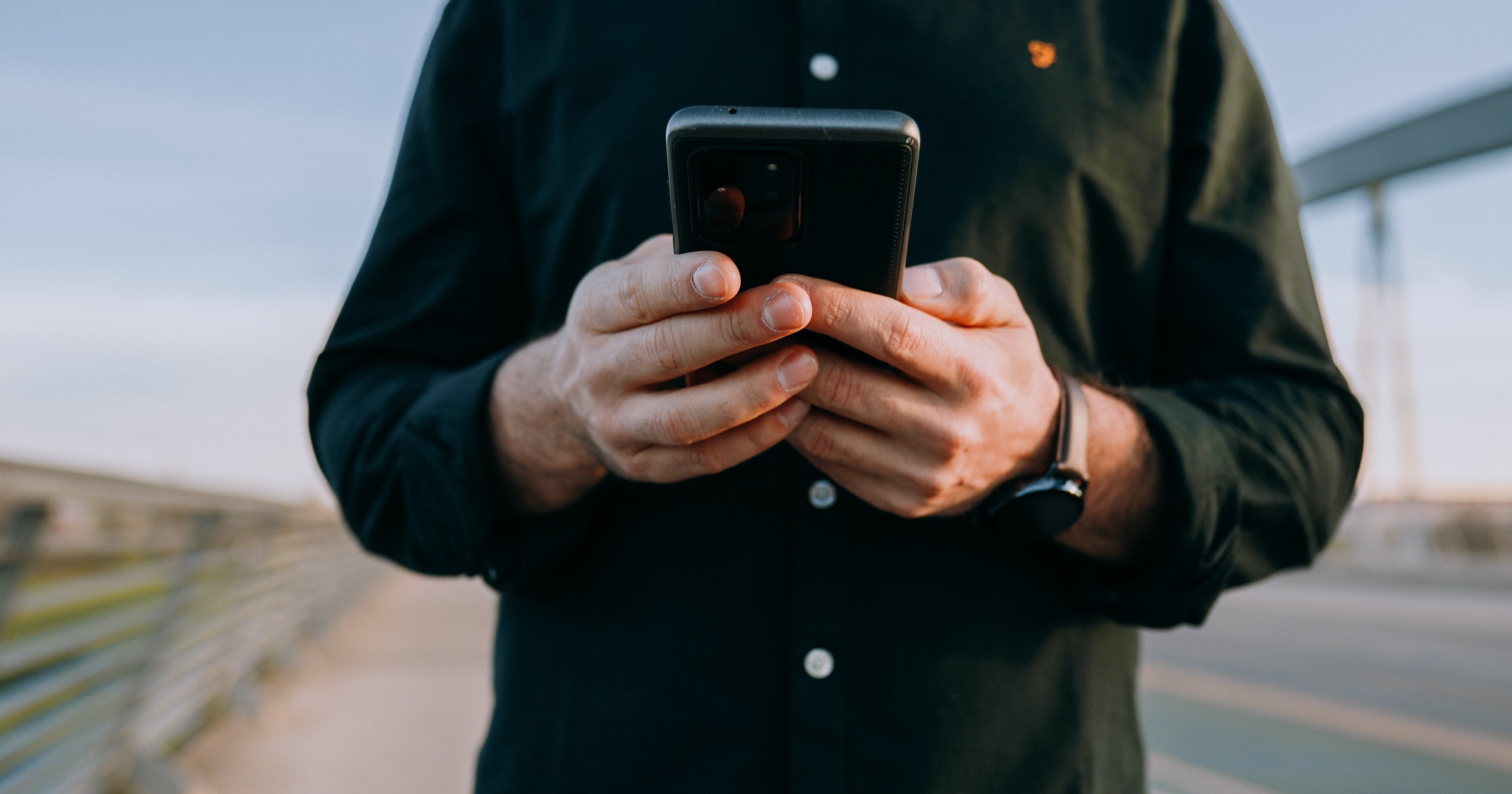 “We live in a divided age” is so self-evidently true that it’s frankly boring to write. Theories abound on how we got here; what’s undisputed is that we’re here. It sure can feel as if the temperature of virtually every conversation and debate, however trivial, is set to blazing hot.

And worst of all, the previous paragraph doesn’t just describe the world — it describes many churches. Rather than shining as a contrast to the perpetual outrage machine, many of us are too busy being conformed to the pattern of this age (Romans 12:2).

How, then, can believers forge meaningful unity in a fractured time? It is looking unlikely that we’re going to tweet our way out of the problem. So what’s the path forward?

As author Yuval Levin has observed in A Time to Build, the function of institutions in modern life has largely shifted from formative to performative — from habitats for growth to platforms for self-expression. Enter a secular university, for example, and you may well emerge more coddled than shaped. But this performative dynamic isn’t confined to colleges; it also infects local churches.

Long past are the days when American churchgoers looked to their pastors first (or perhaps even second or third) for help navigating a fraught cultural landscape. Nowadays it’s pundits — whether on cable news or talk radio or social media — whose voices are most formative. On one level, this is understandable. Pastors are not omnicompetent. They aren’t experts on everything, or even most things. Thus when it comes to current events, Christians should (in one sense) expect less from their pastors.

Nevertheless, the larger trend is troubling. When church becomes just another arena in which to perform — whether via a “leadership position” or simply by keeping up appearances — rather than a family in which to be shaped, it has ceased to occupy the gravitational center of one’s life. No wonder priorities spin out of orbit. No wonder people demand that their pastors affirm, and publicly echo, their settled opinions on debatable matters. I’ve heard countless stories of someone leaving their church because of their politics. What I have yet to hear is someone leaving their politics because of their church.

One reason churches are losing the battle to form hearts is because the Christians who visit and join and show up for worship Sunday after Sunday are battered by the storms of digital discourse. They’re limping along, exhausted and distracted and confused.

This is precisely why congregational unity is so essential. Unity is not a squishy sentiment or optional add-on to the Christian life; it is something for which Jesus prayed and bled and died (John 17:22). Just consider the apostle Paul’s logic in Ephesians 4. The ascended King Jesus gave the gift of pastors to equip church members for ministry (verses 8–12). As such ministry builds up the body (verse 13), the ensuing unity tears down whatever threatens it (verse 14). In other words, ministry generates unity, and unity generates stability. Thus, unity’s purpose is plain: “so that we may no longer be children, tossed to and fro by the waves and carried about by every wind of doctrine, by human cunning, by craftiness in deceitful schemes” (verse 14).

Living in a turbulent time? Labor for unity. It will have a stabilizing effect.

But how, practically, do we do this in the local church? How do we keep each other from being pummeled by the raging rapids of modern media? Here are two suggestions.

1. Dust Off Your Documents

A good statement of faith, used properly, is a goldmine for church unity. Same with a members’ covenant. These documents shouldn’t gather dust in a file drawer or be confined to a website. They should be used, for they are pregnant with unity-forging potential. Why? They provide a common core, enabling churches to keep the main things central and helping to regulate the temperature of our debates. The million-dollar question then becomes whether our statement of faith speaks to a given topic. Yes, clearly? Then we also will. Yes, sort of? Then we might. No, not at all? Then we likely won’t.

In my estimation, a good statement of faith is neither so exhaustive that an undiscipled Christian couldn’t join the church, nor so mere that there’s little the church is actually standing for. But we refuse to divide over things we never agreed to agree on.

Even if various gospel-proclaiming churches classify second- and third-rank doctrines a bit differently, the classification system itself is a useful tool. By codifying only certain doctrines (statement of faith) and promises (covenant), a church crystallizes what members must agree on — and where there’s room to disagree. This engenders confidence in the essentials and freedom in everything else. This is not to say that a pastor should avoid debatable matters in his preaching — as he unfolds the “whole counsel of God” (Acts 20:27), many such matters will arise. It’s simply to say that a church cannot bind members’ consciences on issues where (the church has agreed, as reflected in its documents) God has not clearly spoken.

“It’s counterintuitive but true: one way to preserve sound doctrine is to leave ample room for Christian freedom.”

It’s counterintuitive but true: one way to preserve sound doctrine is to leave ample room for Christian freedom. Otherwise, churches can easily succumb to legalism by requiring agreement on third-rank issues. But by lowering the fences on debatable matters, we raise the fences on non-debatable ones. Or to change the metaphor, by lowering our collective voice on issues where Scripture is not clear — say, a specific political-policy proposal — we can raise our voice on issues where it is. This is why liberty of conscience is so critical in an age of outrage. As Mark Dever has observed, leaving space for disagreement (on many matters other than gospel clarity) is, in part, what keeps the gospel clear. When we lack a clear understanding of Christian liberty and space for conscience, we will be tempted to stick more into the gospel than is there — that is, agreement on a wider variety of issues.

Don’t underestimate the practical value of church documents. They are your friends; weave them into the life of your church. Corporately confess portions of your statement of faith on Sundays. Rehearse the covenant’s promises when you convene a members’ meeting or celebrate the Lord’s Supper. Quote the documents in sermon applications. In so doing, you will forge unity around what has been agreed on — and avoid division around what hasn’t.

Another way to foster church unity, not to mention sanity, is to trade the Twitter timeline for a table. I mean this literally. How many hours per week do you typically spend scrolling through social media? (Statistically, it’s probably more than you think.) By comparison, how many do you spend conversing with fellow church members over meals? (Statistically, it may be less than you think.) If the first number dwarfs the second, consider that a check-engine light for your soul. Proximity may not always breed unity, but distance certainly won’t. It’s just harder to resent someone when you’re asking them to pass the salt.

“Christian, you are spiritually responsible for the members of your church, not for strangers on the Internet.”

Christian, you are spiritually responsible for the members of your church, not for strangers on the Internet. Yet who is getting your best energy these days — the members or the strangers? Likewise, if you are a pastor, remember that on the last day you will give account to God not for your followers, but for your flock (Hebrews 13:17). Who is claiming your best energy these days — the followers or the flock?

To borrow language from later in Ephesians 4, we are called to “put off” anything that decreases our joy in God, and in his children, and to “put on” whatever increases it (verses 22–24; see also 1 Thessalonians 2:19–20). If something is generating suspicion or coldness toward fellow believers — especially fellow members — then put it off. Maybe that means shut it off. Pray your heart would be more animated by the faces in your membership directory than by the faces in your newsfeed.

These are my people, and I am theirs.