We Long to Be Ruled: The Messianic Hopes in Every Heart

By David Mathis — 1 month ago 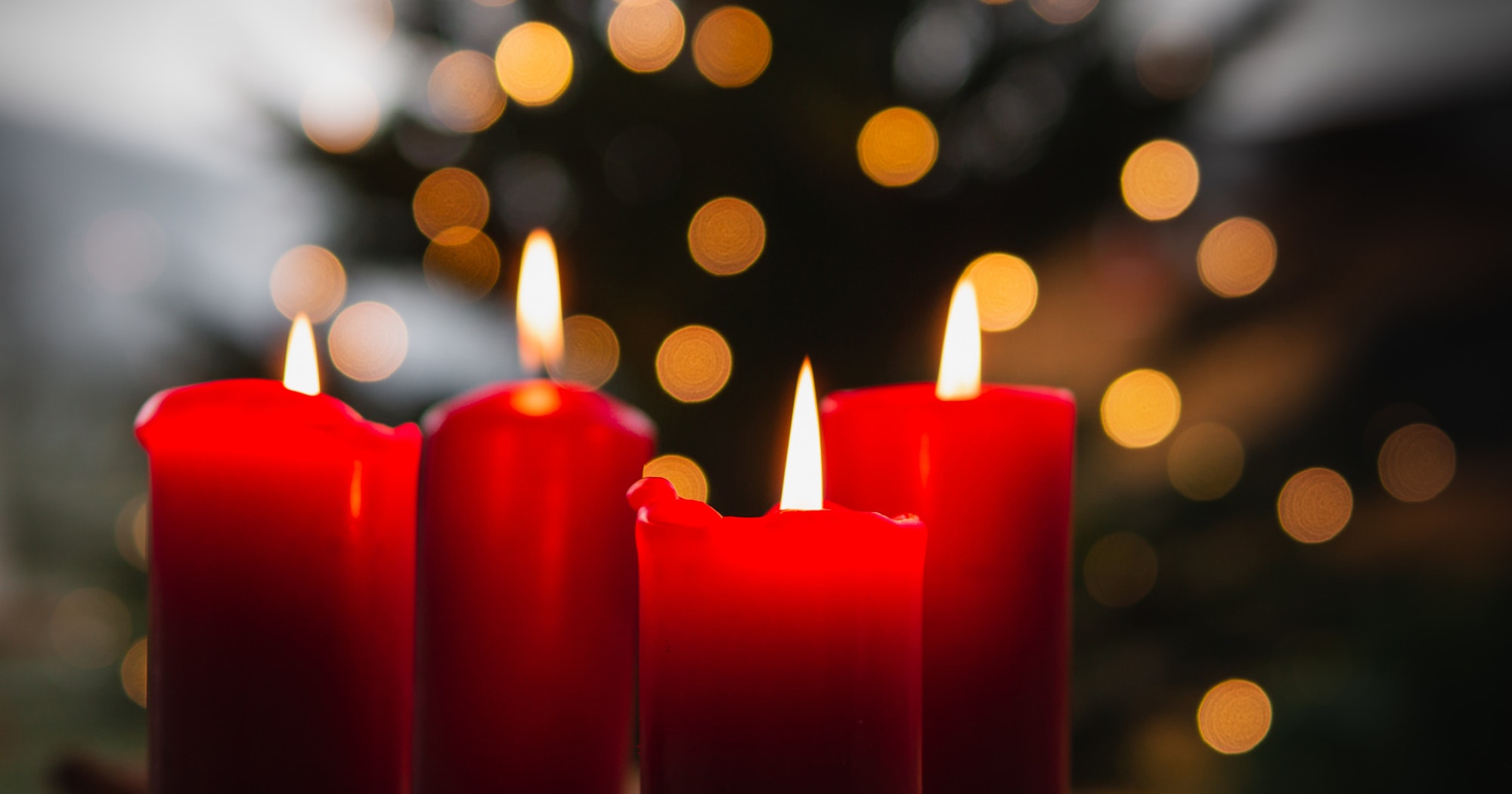 For all its public professions of secular faith, and for all secularism’s aggressive incursions into the collective psyche, we still make a big deal of Christmas. It is a wonder.

Granted, our age tries its best to empty Christmas of its Christ, and spends the rest of the year confessing trust in other messiahs, but beyond the obvious practical and commercial pressures, we continue to be haunted by the magic of Christmas. Try as they might to recast Christmas as anything other than Christian, mysterious longings deep in the human soul keep even the religiously secular from jettisoning what is still the most distinctive and stubborn day of the year.

Try as we might to suppress them, we all have messianic longings. We were made for Christmas.

West and East, North and South, modern and pre-modern, we humans long for true leadership, for the true benevolent sovereign, for a king who will, in himself, embody and be all we need — a single, tangible, personal solution for all that ails us. That is, God made us for himself, and not only for himself but for himself become man.

“Beyond the obvious practical and commercial pressures, we continue to be haunted by the magic of Christmas.”

Before the Father of Jesus made the world through him, he first appointed his divine Son to be heir of all things (Hebrews 1:2). He made the world to await the coming of its King — his eternal Word made flesh — and he made human souls to long and look for such a singular, personal Hope.

For sure, our hearts not only manufacture messianic desires, but also idols — and chief among them, particularly in our age, is the idol of self. Not only do our factory settings include righteous messianic hopes, but sin has rewired us to angle tirelessly for self-rule. Our messianic longings, then, struggle against the grain and vestiges of our sin. But our hopes remain. The history of our race tells of one, young, Christ-figure after another, who in his youth embodies the enigmatic hopes and dreams of a nation, only to have his flaws and limits, without fail, grow conspicuous over time.

For centuries, God’s first-covenant people focused these universal longings on a promised coming “seed of the woman,” “offspring of Abraham,” “prophet like Moses,” and then, in full flower, a “Messiah,” great David’s greater offspring, a supremely Anointed one. This king would reign as God’s “son” over his nation, God’s “arm” to rule his people for their good, and rule over their enemies to protect his own.

To have only another David seemed satisfactory to some. Yet the prophets knew better. David himself had not fulfilled their messianic hopes and dreams. Nor had his son Solomon. One king after another ascended to the throne in his youth buoyed by the nation’s messianic hopes. And one after another disappointed those dreams — some, like Ahab and Manasseh, egregiously so.

But the answer to a king as wicked as Manasseh was not a return to the period of the judges, when the nation had no king and everyone did what was right in his own eyes (Judges 17:6; 18:1; 19:1; 21:25). Rather, the answer was a true king, a righteous king, strong and brave enough to defeat their foes, and gentle and good to shepherd his people — the king for whom we long at Christmas.

Their messianic hopes, and ours, include at least three distinct longings.

We Long for One to Rescue Us

In David’s day, the nation yearned for a deliver from the Philistines. Three centuries later, Isaiah’s generation longed for rescue from Assyria; two centuries more, and Jeremiah’s ached for release from Babylon. In Jesus’s day, the Jews longed for release from the heavy Roman hand, even as their forefathers had groaned for freedom from Egypt. Yet under it all was a far greater dominion and slavery — to sin. East of Eden, the original messianic longing in Genesis 3:15 was not yet eclipsed by human pretenses of some other solution: God promised, and so his people anticipated, an offspring of the woman who, even in the bruising of his heel, would crush the head of the serpent.

The messianic longing of Christmas in particular clears away the political distractions and hopes for salvation from an enemy far more destructive than Egypt, Babylon, or Rome: “you shall call his name Jesus, for he will save his people from their sins” (Matthew 1:21). Our world trains its messianic longings on politicians, athletes, and billionaires, but we need rescue from more than boredom, or from the other side of the aisle. Christmas reveals a rescue far deeper, the rescue from our sin that puts us under the righteous, omnipotent wrath of God. At Christmas, Messiah came to deliver us (Galatians 3:13; Romans 3:25; 1 John 4:10).

We Long for One to Respect

We want rescue; indeed we do. But something in us is not content just to receive deliverance and go on our merry way. We also want Someone to admire. We want a supreme role model. We long both for an exemplary human to learn from and imitate, but also for one far above us, worthy of worship. We long for a person in leadership we might treasure, not just put up with. We want someone who not only gets the job done and benefits us by his actions, but also one who, in himself, in his character, we might enjoy and admire.

We want a king we can be proud of, in the holiest of senses. A king who is worthy of our fealty. One who does not make us blush but evokes our praise — and gives us, and C.S. Lewis observes, the added delight of praising the one whom we enjoy, “because the praise not merely expresses but completes the enjoyment” (Reflection on the Psalms, 95).

At Christmas, we receive the one Messiah whose achievements and character are without fault. One who will never embarrass us. One who is both the ultimate man and God himself, worthy of our worship and humble imitation. One we can respect today, and not regret it tomorrow, or ever.

We Long for One to Rule Us

One final aspect in our messianic longings may be unnerving to many dreamers today: we long to be ruled. To pine for a messiah — for a singular, personal fix to all that ails us — is not only to hope for rescue, and for someone to genuinely respect, but also to be ruled. After all, what were you expecting a king to do?

At Christmas, we celebrate the coming of the King — the one appointed heir of all things, even before God created the world through him. And we remember that this “newborn king,” to whom we sing glory, not only had messianic hopes trained on him from birth, but that as he grew, and became a man, and gave himself as a ransom for many, and rose again in triumph, as he lived out the days God appointed for him, he did not let down our messianic expectations.

In fact, he is the only king in the history of the world to fully meet those expectations and exceed them. Finally, after centuries of the great hope deferred, Christ came to be the great desire fulfilled (Proverbs 13:12). The newborn king grew up to become the supreme King who rescues his people, and is worthy of their respect, and now rules over all the nations — with his people being those, from all nations, who receive his rule with rejoicing.

Do You Refuse His Rule?

A question, then, we might ask ourselves this Christmas is, Do I really welcome his reign? Or, do I refuse his rule? Has another year of the world’s influence engrained in me deeper patterns of yearning for self-rule?

“To refuse to be ruled is to refuse the Messiah.”

To refuse to be ruled is to refuse the Messiah. He did not come to fit into our pockets. He came to win, protect, and own a people who are very happy — even thrilled — to be in his pocket. That is, to be his. Not just have him as our Savior and Treasure but to be his as glad subjects of the great King and Lord who we know as “gentle and good” (1 Peter 2:18).

Those whom he rescues are “the many” who swell with respect for him and gladly submit to his rule. They are those who say, “Oh, to be his portion, to be his people — and not only his people, but together be his bride!”

Suppress it as we might, we long to be ruled by the good and gentle Sovereign, and put our painfully short lives to good use in the world by rallying to his mission and kingdom expansion.

Christmas still enchants us. And as Christians, we say, Christ has come. Already now our Messiah has appeared, and we have him, and most importantly, he has us. And so too he will come again.