We Wish to See Jesus

By David Mathis — 5 months ago 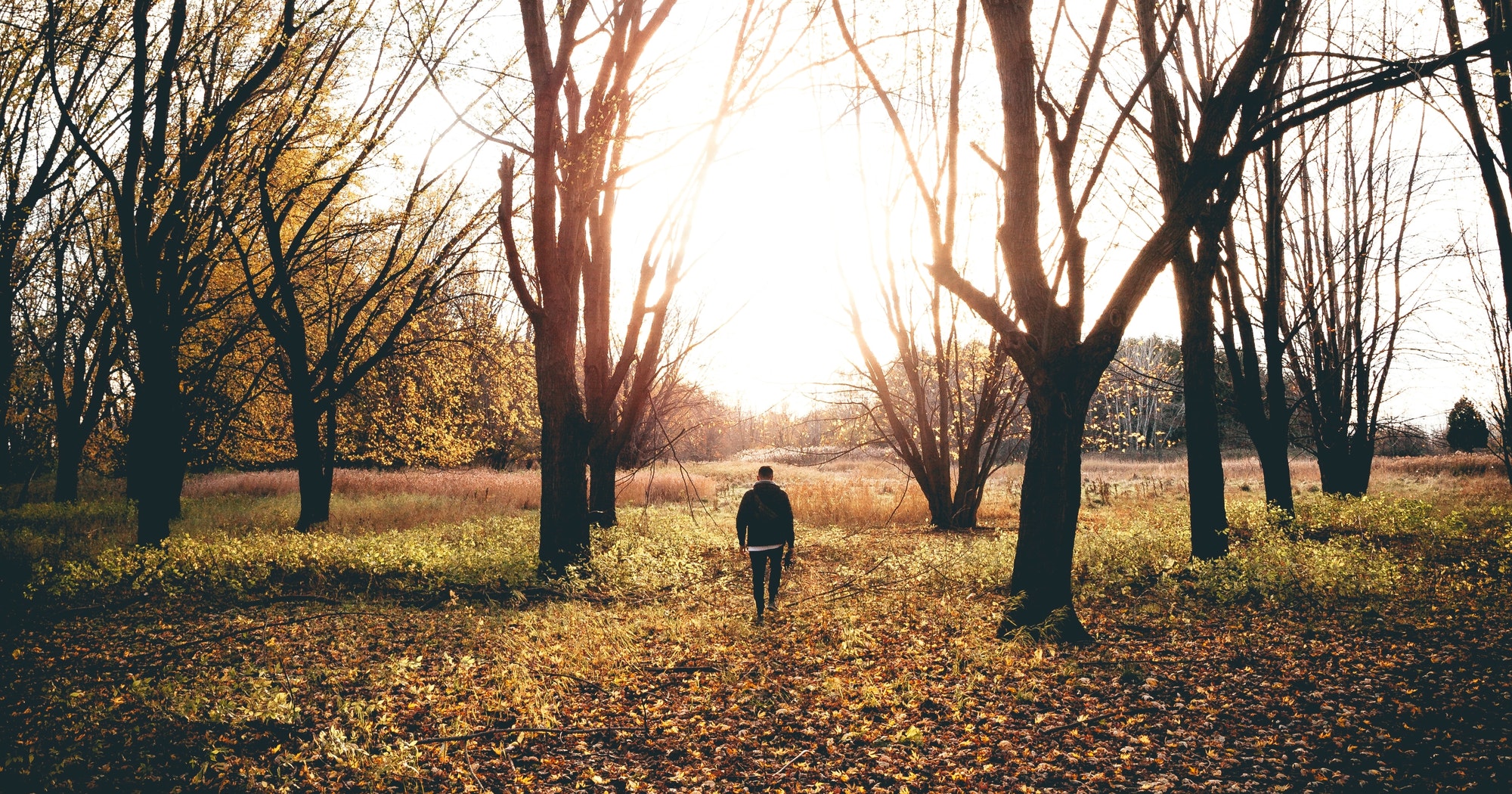 “Sir, we wish to see Jesus.” Little did they know how well they spoke — not only for themselves, but for the whole human race.

John 12:20 reports that “some Greeks” had come to worship in Jerusalem for that fateful Passover leading up to Jesus’s crucifixion. They approached his disciple Philip, who told another disciple, Andrew. Together, the two came to their Master with the request of the Greeks “to see Jesus” — to which Jesus gave this spectacularly unexpected response:

The hour has come for the Son of Man to be glorified. Truly, truly, I say to you, unless a grain of wheat falls into the earth and dies, it remains alone; but if it dies, it bears much fruit.

That was not the answer they were expecting — the disciples or the Greeks. But their wish to see Jesus was not rejected but redirected. It was an admirable wish, profoundly so — and if they remain in Jerusalem for the week, they will soon see the most important sight of him, crushing as it at first will be. His time has come to be “glorified” — which will not mean leading a charge to overthrow Rome and seize the crown, but laying down his life. Like a grain of wheat, he will not bear much fruit unless he first dies.

These Greeks will indeed see him, and glimpse a sight far greater than they could have anticipated or imagined — far more horrible, and far more wonderful. They will witness the depths of his humiliation that will prove to be the very height of the glory of the one who truly
is David’s long-promised heir to the throne, as shocking and unexpected as it will be.

And as they see him — in his divine and human excellencies, united in one person, and
culminating in the cross and its aftermath — they will have all they wished and more in the request they made expressing the deepest longing of every human heart.

Famously, Blaise Pascal wrote in his Pensees of “the infinite abyss” in the human soul that we try to fill with all the wonders and the worst this world has to offer.

There was once in man a true happiness of which there now remain to him only the mark and empty trace, which he in vain tries to fill from all his surroundings, seeking from things absent the help he does not obtain in things present. But these are all inadequate,
because the infinite abyss can only be filled by an infinite and immutable object, that is to say, only by God Himself.

So also the great Augustine, more than twelve centuries before Pascal, had spoken of the great, undeniable restlessness of the human heart, until finding its rest in God: “You have made us for yourself, O Lord, and our heart is restless until it rests in you.”

Moses, seeking to leverage God’s remarkable favor on him, was so bold as to ask to see God’s glory. God permitted him a glimpse of the afterglow of divine beauty, not his face, and Moses made no complaints. Yet redemptive history was not done at Sinai. Centuries would follow. The kingdom would be established in the land, and decline. Human kings would rise and fall, and the nation with them. And the same Gospel in which the Greeks expressed their wish to see Jesus opens with one of the most stunning claims possible:

The Word became flesh and dwelt among us, and we have seen his glory, glory as of the only Son from the Father, full of grace and truth.

The desire to see Jesus was far more profound than these Greeks could have guessed. They wished for amazement in the presence of someone great. And what they got instead anticipated the heavenly vision the apostle John would receive while in exile on the isle of Patmos.

In John’s vision, none in heaven, or on earth, or under the earth, is at first found worthy to open the scroll of God’s divine decrees of judgment (for his enemies) and salvation (for his people). Sensing the weight and importance of the moment, John begins to weep — perhaps even wondering if his Lord, the one who discipled him, the one to whom he’s dedicated his life as a witness, is not worthy. One of heaven’s elders then turns to him, and declares, in Revelation 5:5,

Weep no more; behold, the Lion of the tribe of Judah, the Root of David, has conquered, so that he can open the scroll and its seven seals.

Having heard the good news, John turns to look — and what does he see? Not a lion. He says in verse 6:

I saw a Lamb standing, as though it had been slain, with seven horns and with seven eyes . . . .

We might mistakenly assume this was a disappointment, that John, hearing “Lion,” experienced some letdown to see a Lamb. But that is not how John reports it. This Lamb is no loss. The Lamb is gain. The one who was just declared to be the only one worthy is no less the Lion of Judah. He is also the Lamb who was slain. The Lion became Lamb without ceasing to be Lion. He did not jettison his lionlike glories, but added to his greatness the excellences of the Lamb. He is a Lamb standing — not dead, not slumped over, not kneeling, but alive and ready — with fullness of power (“seven horns”), seeing and reigning over all (“and seven eyes”).

So too for the Greeks in John 12 who wished to take counsel with the purported Messiah and Lion of Judah. Whatever disappointment they experienced in the moment in not having their immediate request fulfilled, and whatever devastations they endured on Good Friday as they watched in horror, it all changed on the third day. Then their wish, and perceptive inquiry, was answered beyond their greatest dreams — not just Messiah, but God himself, the very Lion of heaven. And not just divine, but the added lamblike glory of our own human flesh and blood,
and that same blood spilled to not only show us glory but invite us into it — Jew and Gentile, Greek and Barbarian.

Plain as it may seem, the author of Hebrews provides profound direction for the human soul when he says, simply, “Consider Jesus”. This is not a one-time exhortation, but continuous counsel, for every day and at any moment. And again, at the height of his letter, drawing attention to the great cloud of witnesses, Hebrews charges us to “lay aside every weight and sin” and “run with endurance the race set before us, looking to Jesus, the founder and perfecter of our faith” (Hebrews 12:2). There is unmatched power in the Christward gaze.
As Jesus himself would soon say, in John 14:9, to the same Philip who relayed the Greeks’ request: “Whoever has seen me has seen the Father.”

Paul too, in one blessed flourish in 2 Corinthians 4, would celebrate, and commend,
the unsurpassed glory of the Christward gaze: “beholding the glory of the Lord [we] are being transformed into the same image from one degree of glory to another.” Unbelieving eyes have been blinded to “the light of the gospel of the glory of Christ, who is the image of God,”
but we, by the mercy of God, have eyes of the heart opened to “the light of the knowledge of the glory of God in the face of Jesus Christ.”

We might here speak of the manifest Christocentrism of the New Testament, and a kind of healthy asymmetrical trinitarianism in the Christian faith — “contemplating the Trinity through a christological lens,” as Dane Ortlund writes, “and Christ through a trinitarian lens.”
We wish to see Jesus. He is the interpretative key to the Bible, the pinnacle of history, and central in Christian preaching, evangelism, and sanctification, and so we fix our eyes on him. Biblical trinitarianism doesn’t constrain us to symmetrically parcel out our attention and focus to each of the three divine Persons, according to modern notions of fairness, balance, and equality. The New Testament is far from “fair” in this way. Rather, as humans ourselves, we receive a peculiar centrality of the God-man, as the one Person of the Godhead who has drawn near in our own flesh, taking our own nature, to no diminishing of the Father or Spirit, but precisely according to their plan and work to direct attention to Jesus.

We were indeed made for God — with an infinite abyss only he can fill, with a restlessness of soul satisfied in nothing less than him. And even more particularly, we were made for the God-man — for the greatness of God himself who draws near, in our own flesh and circumstances, in the person of Christ. The lionlike greatness of God in his divine glory is sweetened, deepened, and accented by his lamblike nearness and human excellencies. And his glories as the humble, meek, self-giving Lamb are enriched and magnified in the register of lionlike poise and majesty.

We wish to see Jesus — to know him as both great and near, and enjoy him forever.