May you enjoy the Lord’s rich blessings as you serve and worship him this weekend.

My gratitude goes to Burke Care for sponsoring the blog this week to invite you to schedule a session with their certified biblical counselors.

Today’s Kindle deals include some newer books and some older ones.

Was Jesus Really Born of a Virgin?

“For many people, the question of whether or not a virgin can give birth is in the same category as questions about whether or not pigs can fly or time can be reversed or the sun can be stopped from shining. But in each of these circumstances, we must remember that all it takes for these ‘supernatural’ events to be possible is for a ‘supernatural’ God to exist.” Guy Richard explains.

Visual Theology has its annual reading challenge ready to go. (Click here for the poster.)

And while we’re on the subject of reading challenges, Redeemer Reader also has theirs ready to go. It is designed for kids.

“One December evening, while home alone eating dinner, I suddenly became aware of how quiet the house was. I hadn’t been by myself much for 25 years because I had four kids, a husband, and a dog to fill my home with noise and activity. But my kids were grown, my youngest was away at college, my husband was on a business trip, and our dog had recently passed away. And although I had experienced quiet moments before, this silence seemed different – louder and longer. It had a new quality I hadn’t sensed before – a permanence. It rattled me a little bit.”

If you’d like to do some good reading over the weekend, the new issue of the 9Marks Journal is available and it covers “The Church’s Ministries.”

This article reflects on those well-known words of Job: “Naked I was born from my mother’s womb and naked I will return.” 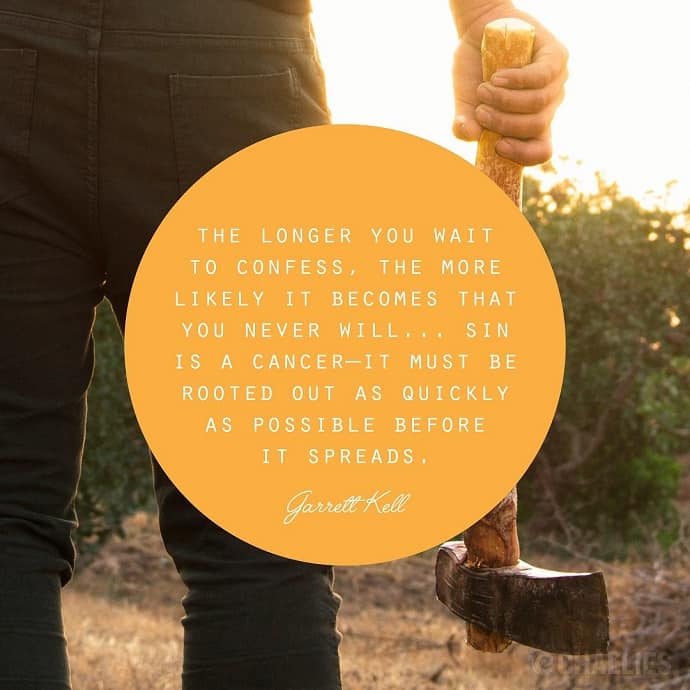 The longer you wait to confess, the more likely it becomes that you never will… Sin is a cancer—it must be rooted out as quickly as possible before it spreads. —Garrett Kell