By Tim Challies — 3 days ago

Good morning and good day to you!

Today’s Kindle deals include some classics.

(Yesterday on the blog: I Still Do: A Marriage Course for the Middle Years)

The Power of Questions

I enjoyed this look at the rhetorical power of questions—and the different kinds we can pose.

Who in the world am I preaching to?

This is an excellent article by Andrew Roycroft. “The clarity of my speech will matter, the integrity of my exegesis will count for a lot, the fervency of my prayers is crucial, but self-consciously thinking through who I am addressing can easily slip from the list of priorities. In this post I want to suggest that this is a key mistake, and one which can act as barrier to effective communication from the pulpit.”

Safe To Be Me

“‘Safe To Be Me’ is the name of a conference the UK government are organising in 2022 to promote LGBT rights around the world. I think the conference title is ingenuous. In just four words, it unites two big, popular ideas: safeguarding and identity politics, and rolls them into a moral agenda.” Yet, as this writer shows, “But Jesus Christ is the only person qualified to organise that conference, because Jesus Christ is the only human who can actually say: ‘it’s safe to be me’.”

Love Your Neighbour! How?

“The default view of many, it seems, is that loving your neighbour means expressing kindness in the way our culture and the media has defined kindness for us.  The basic idea is that Christians should be leading the way in expressing kindness as it has been defined.  But how is the world’s track record at defining what is right or wrong?”

Song of Songs: The Intoxication of True Love in its Time

You may want to bookmark this outline and overview of Song of Songs.

Every day, we are all building the house we will live in when old age comes. Some of us are building a beautiful palace. Some are building a dark prison. What are you building? 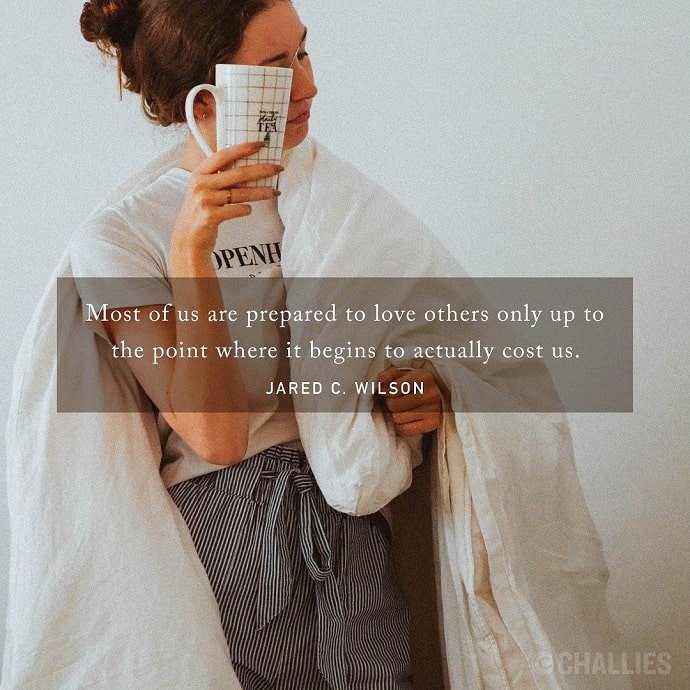 Most of us are prepared to love others only up to the point where it begins to actually cost us. —Jared C. Wilson