What Is the Lord’s Supper?

By David Mathis — 2 months ago 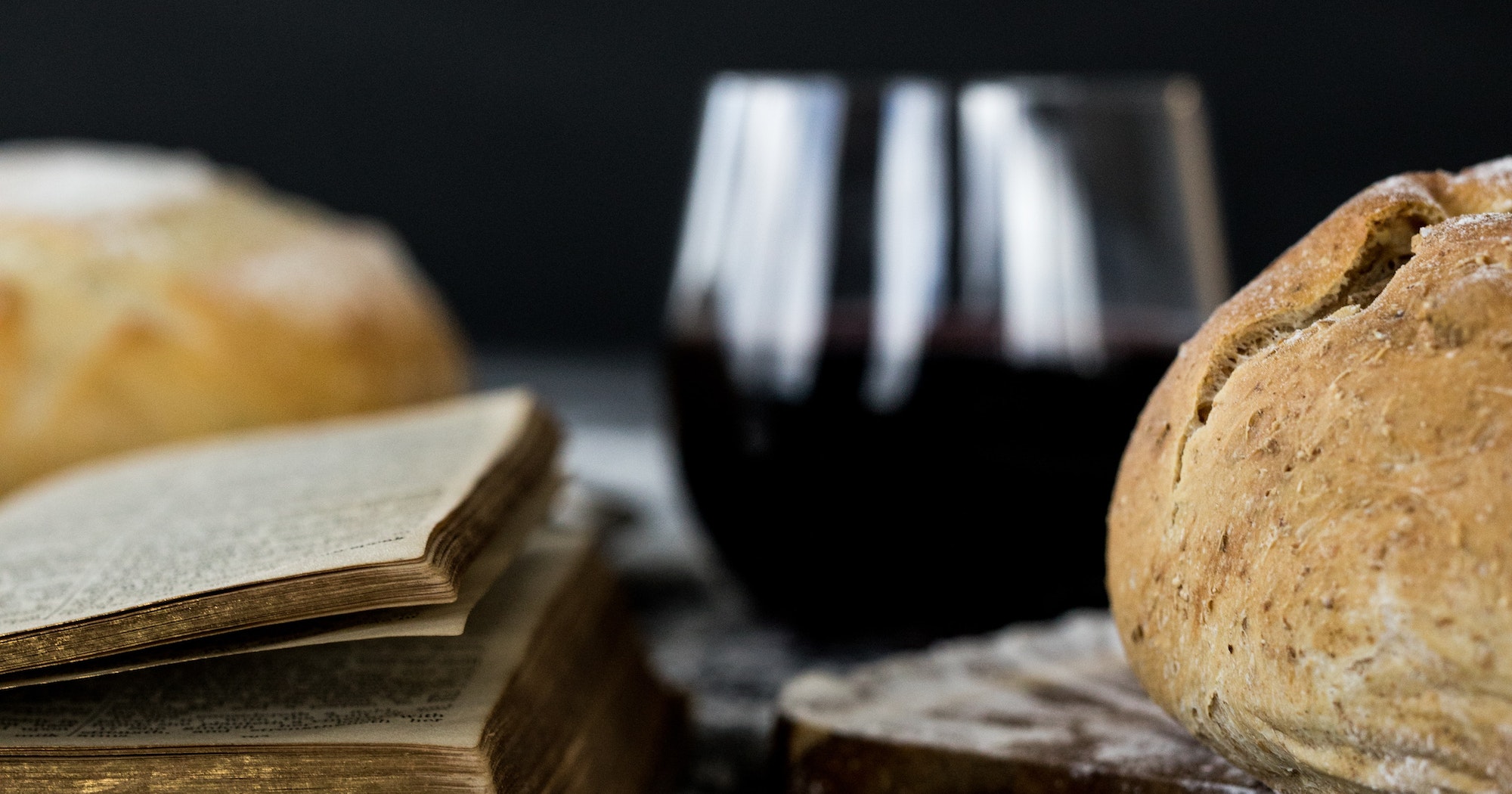 The Lord’s Supper has never been a meal that goes down easy.

From the beginning, Jesus’s own words about eating his body and drinking his blood were widely misunderstood. “When many of his disciples heard it, they said, ‘This is a hard saying; who can listen to it?’” (John 6:60). Not only were they confused, but this proved to be the turning (away) point for many. “After this many of his disciples turned back and no longer walked with him” (John 6:66).

So too in the history of the church, the Supper has not gone down easy. Such simple language as “This is my body” and “This cup is the new covenant in my blood” can be anything but simple to understand and apply in the practical life of the church. For example, at the Reformation, the nature and meaning of the Lord’s Supper became a major flashpoint for debate between Catholics and Protestants. The Supper even became a point of divide among Protestants — and in some instances, the only major point of divide.

What, then, is the Lord’s Supper? Acknowledging the historical differences of view, and not pretending to speak for all Christians, we can highlight at least four clear truths from the apostle Paul’s treatment of “the Lord’s supper” in 1 Corinthians 11.

First, as Paul states, he and the apostles (and we through them) “received from the Lord” this sacred practice in the life of Jesus’s church. Essentially all Christians are agreed that practicing the Lord’s Supper is a critical aspect of what it means to be his church.

On that solemn final evening before his crucifixion, at his “last supper” with his men before he gave himself at the cross, Jesus instituted or ordained this holy rite. Without ambiguity or figurative language, he said, “Do this” (Luke 22:19). Far and away most Christians have clearly understood that much and consider this “ordinance of the Lord” vital, alongside at least baptism (instituted in Matthew 28:19).

However differently we might understand what the Supper is or what it does, we acknowledge that our Lord said, to his disciples and all his church, “Do this.”

For His (Gathered) Church

A second area of clarity, particularly in 1 Corinthians 11, is that this is a meal for Christ’s gathered church. The Supper is a family meal, a church meal, that gives identity and definition to the new-covenant people of God.

Now, many individual Christians today are unaware of (or do not understand) the formal position of their churches and denominations. Also, some traditions have made a practice of giving the Supper in private to the infirm or dying, or to segments of the congregation (say, on a youth retreat), or to the bride and groom at a wedding.

Such a loose understanding of the occasion for the Table overlooks the emphasis and significance of Paul’s repeated clause in 1 Corinthians 11: “when you come together.” In fact, he repeats it five times (in verses 17, 18, 20, 33, and 34) and so makes plain what he considers to be the occasion for this meal: the gathered church. He writes to the whole church (1 Corinthians 1:2), and he provides instructions for the Supper “when you come together” as a whole.

“Do this,” Jesus said in instituting the Supper, “in remembrance of me.” However we understand the spiritual efficacy of that remembering, Jesus’s words in the Gospels, echoed by Paul, make this remembering critical to the meaning of the Supper.

One of Christ’s aims at the Table, among others, is to keep his person and work central in the life and worship of his church. In a world of complexity and tangents, we are prone to forget what matters most. We are disposed to drift, to shift, to waver, to allow our spiritual feet to move to the margins and not stay planted in the center. We all have need to rehearse the fundamentals.

“The risen Christ designs, in the corporate habits of his church, to remind us again and again of what’s most important.”

So the risen Christ designs, in the corporate habits of his church, to remind us again and again of what’s most important. He calls us back to the center. At the Table, we remember together the gospel, the good news at the very heart of our faith — that Christ died for our sins, was buried, and was raised on the third day, and still lives right now at God’s right hand. Like Passover, that old-covenant memorial meal for the nation to ceremonially remember its great rescue from Egypt, so we in the new covenant have the Table — a ceremonial reminder of our own great exodus in Christ from sin and death.

Those of us who emphasize that more than just remembrance happens at the Table might overlook the critical part that remembrance plays. The Supper is no less than a stubborn, vital memorial. And the context of Paul’s mentioning “as often as you drink it” implies frequency is preferable to infrequency. “As often as you eat this bread and drink the cup, you proclaim the Lord’s death until he comes” (1 Corinthians 11:26). Would the apostle have us “proclaim the Lord’s death” less often or more?

To Nourish Our Souls

Finally, Christ means for his people to eat in faith and find their souls nourished spiritually by Christ himself. In other words, the Table is not only a symbolic rite that we do, but it does something to us as we eat and drink in faith. The Table serves as a means of Christ’s ongoing grace to his church.

Through the transpatial power of his Spirit, Jesus is spiritually present at the Table. We encounter him. He nourishes our souls. We even “grow in grace” at the Table, as we confess at Desiring God:

We do this in remembrance of the Lord, and thus proclaim his death until he comes. Those who eat and drink in a worthy manner partake of Christ’s body and blood, not physically, but spiritually, in that, by faith, they are nourished with the benefits he obtained through his death, and thus grow in grace. (12.4)

“Christ means for his people to eat in faith and find their souls nourished spiritually by Christ himself.”

We believe that both remembering and spiritual feeding happen in the Supper. Or to put them together, spiritual nourishing and growth come through remembering Christ and his work. Though this Reformed (or Calvinistic) view of the Table may be overlooked by many evangelical Christians today, Paul’s language in 1 Corinthians 11 pushes us to acknowledge a spiritual efficacy in the ordinance beyond what we might call mere memorialism.

Life or Death in This Meal

Paul wants the Supper to be “for the better” (1 Corinthians 11:17), not the worse — for blessing, rather than judgment. This is not a neutral meal where nothing happens. Rather, as “hearing [the gospel] with faith” brings us grace (and the Spirit, Galatians 3:2, 5), so hearing with unbelief brings judgment — as in the ministry of the apostles, “to one a fragrance from death to death, to the other a fragrance from life to life” (2 Corinthians 2:15–16). Eating and drinking “in an unworthy manner” is a grave concern, and may lead to illness or even death (1 Corinthians 11:27, 30).

Paul writes, then, in hope that Christians will partake in a worthy manner through self-examination, judging ourselves, and “discerning the body” — that is, eating with faith in the broken body of Christ and with love toward his body, the church, with whom we share this meal. “Anyone who eats and drinks without discerning the body eats and drinks judgment on himself” (1 Corinthians 11:29), and those who eat and drink with the discernment of faith receive nourishment for their souls through a real spiritual encounter with the risen Christ.