By Vaneetha Rendall Risner — 7 months ago 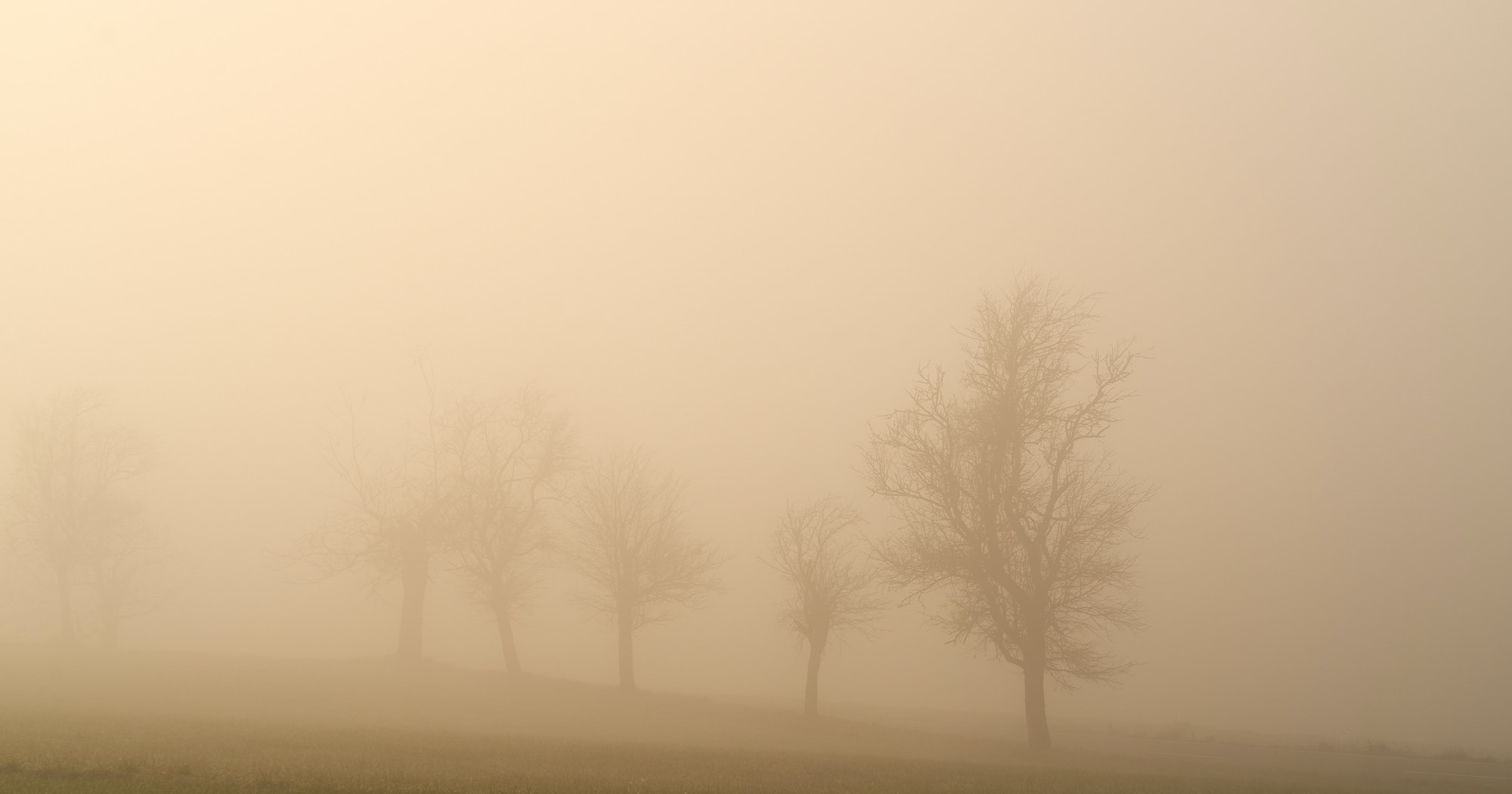 Suffering is largely a mystery to me.

And I’m not alone in my bewilderment. The Bible reiterates that the reasons for suffering can be mysterious and confusing, and from our vantage, incomprehensible. In the opening scene of the book of Job, for instance, we are taken into heaven and are witnesses to a dialogue between Satan and God. We realize from their interchange that there is much more happening in suffering than any of us can see, for sure in Job’s life but also in ours (Ephesians 6:12). God has his purposes, which are for both our good and his glory, though we may not understand them until heaven. Until then, we live with a seeming paradox: that God is both sovereign and good and yet his people can still suffer unthinkable loss, even when they are faithfully trusting him.

Psalm 44 reflects on a similar tension. We don’t know the circumstances surrounding its writing, but we do know that the Israelites felt abandoned by God. The psalmist speaks directly to God about their baffling pain in the face of his unparalleled power and past deliverance. He boldly cries out to God, pouring out his questions and doubts, trusting God enough to honestly come before him. It’s a psalm for those who trust God but have more questions than answers in suffering.

Not by Our Own Arm

The psalm begins with praise, acknowledging God’s goodness and faithfulness to his people in days of old. In verses 1–8, the psalmist declares that their ancestors flourished and defeated their enemies not because of their skill, but because of God’s intervention. God delighted in Israel and put their enemies to shame, and his people praised his name. It was all God’s doing, as verse 3 says:

Not by their own sword did they win the land, nor did their own arm save them, but your right hand and your arm, and the light of your face, for you delighted in them.

Then the psalmist reiterates his present faithfulness to God. He doesn’t trust in his own resources, in his sword and bow, but it is only through God that they can be victorious. And they will boast in God and give thanks to him forever.

But then the psalm takes a turn. In verses 9–16, the psalmist says that God was the one who had engineered their subsequent disgrace and defeat:

The Israelites recognized that their suffering came directly from God. They did not understand why it happened, but they knew where it came from. They understood that God forms light and creates darkness; he makes well-being and creates calamity (Isaiah 45:7). He acts and no one can turn it back.

In verses 17–22, the psalmist maintains that God’s actions were not because the Israelites had sinned. They had not forgotten God or worshiped idols or willfully disobeyed him, but rather were faithful and true to God’s covenant. Their hearts had not turned back, nor had their feet strayed from the path. And yet God still broke them.

Verse 22 is a final word defending their innocence and obedience: “Yet for your sake we are killed all the day long; we are regarded as sheep to be slaughtered.” In other words, “We are trusting you, Lord, and we are dying for you. Rather than rescuing us, you are behind our earthly destruction.” That may be the cry of martyrs around the world today, who are proclaiming God’s love while being led to their death. And it may be the lament of faithful Christians who are struggling with terminal cancer, unending pain, and precipitous loss. Our lives are in God’s hands, and we are being crushed.

“God can never forget his people, for they are carved on the palms of his hands.”

This feels shocking. That God would willingly lead us as sheep to be slaughtered when we are faithfully serving him can make us wonder if he cares about us at all. Which makes it even more surprising that Paul would quote this verse in Romans 8:36, as an example of how we can never be separated from God’s love. The implication is that when we are at our lowest — feeling abandoned by God and growing increasingly hopeless — God is actually lavishing his love on us. He is making us more than conquerors in the place where we’ve been tasting bitter defeat and can’t sense his presence.

While we associate the times of abundance and success with God’s favor, Paul is reminding us that God’s love is as strong as ever when we are facing despair and even death. The psalmist mourned that God had rejected and crushed them, implying that God was against them, but Paul reframes that perspective for Christians, asserting that even in our darkest moments — especially in our darkest moments? — God is working for our good.

Who Can Be Against Us?

Paul’s direct reference to Psalm 44 demonstrates that when we feel God doesn’t care and is indifferent to the plight of the faithful, we’re dead wrong. God couldn’t be more for us.

The quote is sandwiched between Paul’s stunning declaration that, “If God is for us, who can be against us? He who did not spare his own Son but gave him up for us all, how will he not also with him graciously give us all things?” (Romans 8:31–32), and his magnificent proclamation that we are more than conquerors through him who loved us because nothing in all creation can separate us from God’s love (Romans 8:37–39).

We may live with lingering questions about our suffering. Many questions may go unanswered, particularly the haunting question of Why? We can trust that God has reasons (perhaps ten thousand reasons), although we may not see or understand many of them in this life. But the overarching reason lies in the glorious truth of Romans 8:31–39. While we may see only in part now, we can trust that all that God does is out of his incomparable and unfathomable love for us.

Our Great Hope in the Valley

The psalmist concludes by directly asking God for help, saying, “Awake! Why are you sleeping, O Lord? Rouse yourself!” (Psalm 44:23). When Jesus was asleep in a boat amidst a perilous storm, the disciples wondered if he cared about them. After Jesus calmed the storm, he asked them why they’d been afraid (Mark 4:35–41). Jesus knew exactly what was happening. But like the disciples, when God isn’t acting, we may wonder if he doesn’t know or doesn’t care, both of which are impossible.

“When God isn’t acting, we may wonder if he doesn’t know or doesn’t care, both of which are impossible.”

The psalmist then exclaims, “Why do you hide your face? Why do you forget our affliction and oppression?” (Psalm 44:24). Those are the questions we ask God. Why can’t we see his face? Why isn’t he doing anything about what is happening? We can feel the agony of the psalmist on behalf of those who feel abandoned, lying prostrate in the dust. Yet the reassuring truth is that God can never forget his people, for they are carved on the palms of his hands (Isaiah 49:16).

Psalm 44 closes with this plea: “Rise up; come to our help! Redeem us for the sake of your steadfast love!” (Psalm 44:26). He is appealing to God for rescue, not based on their own faithfulness, but on the character of God and his unfailing love. As we see in Romans 8, it all comes back to God’s love.

This psalm is a beautiful lament for those of us who wonder where God is in our suffering. God is the one who has helped us in the past, and God is the one who is letting us suffer now. Yet as Paul weaves Psalm 44:22 into Romans 8, we see that God is pouring out his love for us even as we are being led as sheep to the slaughter. God bids us to cry out to him, voicing our questions and detailing our anguish, while trusting in his steadfast love — even, and perhaps especially, in the face of suffering that doesn’t make sense.