Who Is the Man of Lawlessness?

By John Piper — 7 months ago 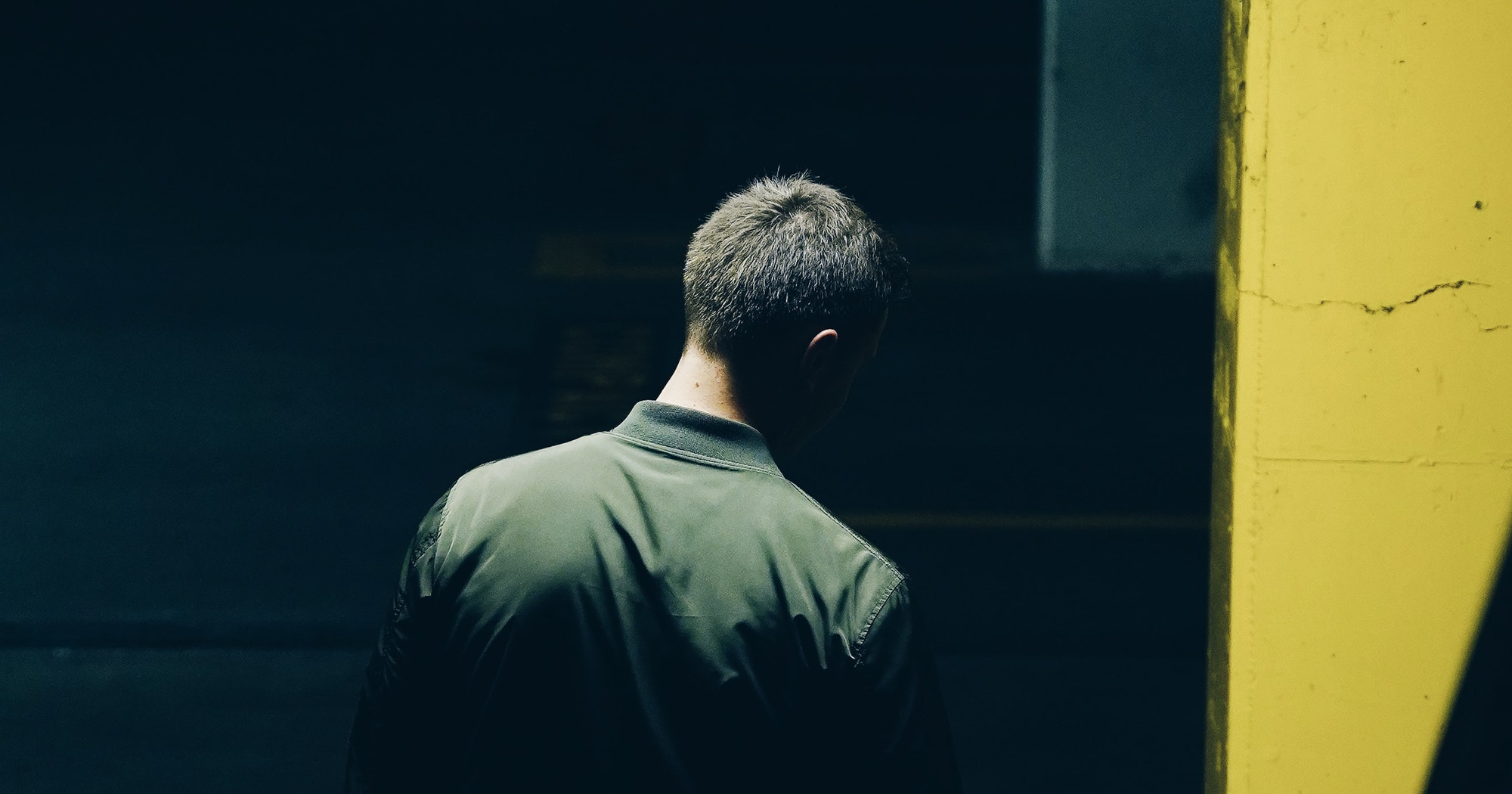 Part of mature Bible reading is the willingness to stop and ponder the hardest realities that God reveals to us in his word. We don’t skim over hard texts. We press in with questions, seeking understanding.

So this summer we’re addressing three sobering questions inspired by serious Bible readers working through the first two chapters of 2 Thessalonians. Namely, is God present or is he absent in his eternal judgment? Second Thessalonians 1:9 seems to say he’s absent. On Monday we addressed that in APJ 1801. Next, many of you have written us asking Pastor John to identify the mysterious “man of lawlessness” in 2 Thessalonians 2. Who is he? That’s today. And then a question about God sending strong delusions into the world. Does he still do something like that today? And if so, what is that? This third question, on 2 Thessalonians 2:11, is on the table in a week — next Friday in APJ 1806.

So today, we approach this topic of the man of lawlessness. Here’s one representative email from many: “Pastor John, my name is Jared, and I live in San Jose, California. I was reading through my Bible and recently came across the section about ‘the man of lawlessness’ in 2 Thessalonians 2:1–12. At first, I assumed this man was Satan himself. But it becomes clear in verse 9 that this ‘lawless one’ is ‘by the activity of Satan.’ So, it’s not Satan. In your estimation, who is this lawless man?”

I don’t usually read twelve verses of Scripture when we do an APJ. But Jared’s question can only be answered by specifics from the text of 2 Thessalonians. So, let me read the first twelve verses of 2 Thessalonians. I think people will find it riveting, frankly. This is the sort of Scripture people hang on. They say, “Whoa! What’s that talking about?”

The situation is that some kind of rumor is going around in Thessalonica to the effect that Paul has taught, by some letter or some revelation, that the day of the Lord has come — meaning that Jesus is going to show up in the clouds any day. People were quitting their jobs and mooching off of others, and Paul had to handle this feeling that was running through the church. And here’s how he did it. These are the first verses of 2 Thessalonians 2:

Now concerning the coming of our Lord Jesus Christ and our being gathered together to him, we ask you, brothers, not to be quickly shaken in mind or alarmed, either by a spirit or a spoken word, or a letter seeming to be from us, to the effect that the day of the Lord has come. Let no one deceive you in any way. For that day will not come unless the rebellion [apostasy or falling away] comes first, and the man of lawlessness is revealed, the son of destruction, who opposes and exalts himself against every so-called god or object of worship, so that he takes his seat in the temple of God, proclaiming himself to be God.

Do you not remember that when I was still with you I told you these things? And you know what is restraining him now so that he may be revealed in his time. For the mystery of lawlessness is already at work. Only he who now restrains it will do so until he is out of the way. And then the lawless one will be revealed, whom the Lord Jesus will kill with the breath of his mouth and bring to nothing by the appearance of his coming.

The coming of the lawless one is by the activity of Satan with all power and false signs and wonders, and with all wicked deception for those who are perishing, because they refused to love the truth and so be saved. Therefore God sends them a strong delusion, so that they may believe what is false, in order that all may be condemned who did not believe the truth but had pleasure in unrighteousness. (2 Thessalonians 2:1–12)

So Paul says that the day of the second coming cannot have arrived and will not arrive until the great apostasy happens and the man of lawlessness is revealed. That’s his basic answer to the hysteria in Thessalonica.

Who Is This Man?

Here’s my summary, then, from that text of what we can say about the man of lawlessness. There are questions that are left unanswered, but we can say something.

2. He is quintessentially lawless. That is, he’s called a man of lawlessness. He considers himself absolutely above law. He is lawless in considering himself subject to no law and no lawgiver and no authority.

3. Since there’s only one person who’s above law — namely, God, who writes it — the man of lawlessness claims to be God. He says so explicitly. Verse 4: “. . . who opposes and exalts himself against every so-called god or object of worship, so that he takes his seat in the temple of God, proclaiming himself to be God.”

“This man of lawlessness claims to be the final climactic antichrist.”

So, this man of lawlessness claims to be the final climactic antichrist. “I am a man. I am God. But I’m not Jesus. And I don’t believe in Jesus. I’m against Jesus.” That’s the ultimate expression of antichrist. “Many antichrists have come,” John says (1 John 2:18). And this one is the last. He’s going to be destroyed by the mouth of Jesus, and the fire of heaven, when he comes.

5. As a man, he is coming, nevertheless, by the power of Satan. Verse 9: “The coming of the lawless one is by the activity of Satan.” He’s not Satan. Jared got that exactly right. He is empowered and driven by Satan, animated by Satan, serving Satan, accomplishing Satan’s purposes in vain.

6. Therefore, as a man, he will nevertheless have supernatural power. Paul calls it “all power” in verse 9. And he will work signs and wonders. And when the ESV translates verse 9 and calls them false signs and wonders, be careful. We should not read that to mean “They don’t really happen; they’re really not supernatural. This is cloak and dagger. This is the rabbit out of a hat.”

7. Therefore, the man of lawlessness will be unparalleled in his ability to deceive. Verse 10 says he comes “with all wicked deception for those who are perishing” (2 Thessalonians 2:10). Literally, it reads, “in all deception of unrighteousness,” because two verses later, we see that the way he deceives is by making unrighteousness seem pleasurable. They found “pleasure in unrighteousness” (verse 12).

Now I would argue that Paul is unpacking in these words the prophecies of Jesus. Listen to what Jesus said in Matthew 24:10–13:

And then many will fall away and betray one another and hate one another [these are Christians; this is a great apostasy]. And many false prophets will arise and lead many astray. And because lawlessness will be increased, the love of many will grow cold. But the one who endures to the end will be saved.

“This man of lawlessness is going to be destroyed by the final fiery second coming.”

So Jesus foresaw a great deception, betrayal — a great betrayal, a great apostasy. And he foresaw a horrible season of lawlessness in which the love of many grows cold. So no matter how many forerunners of this man of lawlessness there have been in history, we know that none of them is what Paul is talking about.

I think some people try to get around this text by saying, “Oh, there’ve been lots of men of lawlessness. They’ve cropped up in all kinds of seasons of history.” Well, that’s true, but it’s irrelevant because this man of lawlessness is going to be destroyed by the final fiery second coming. Verse 8: “Then the lawless one will be revealed, whom the Lord Jesus will kill with the breath of his mouth and bring to nothing by the appearance of his coming” (2 Thessalonians 2:8).