Worship Isn’t About You: What I Learned After Years of Leading

By Bob Kauflin — 2 months ago 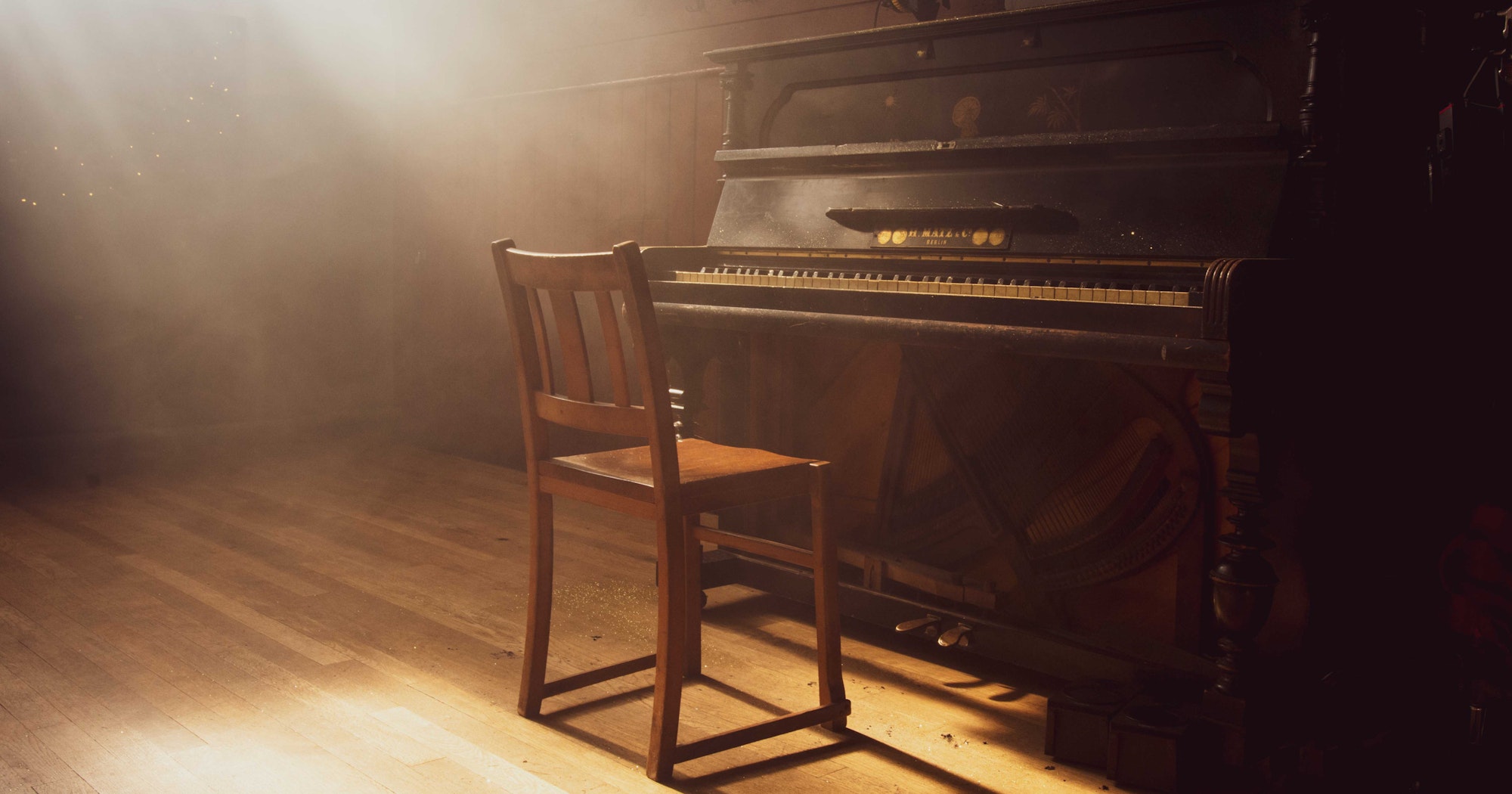 The year was 1997. After serving as a pastor for twelve years, I was taking on a new role at a large church in the Washington, D.C., area. My focus was going to be less on pastoral care and more on music and worship. After getting a degree in piano, touring with a Christian band, leading congregational worship for over twenty years, and being featured on a couple of worship albums, I thought I couldn’t be more prepared.

A few months after I arrived, my senior pastor, C.J. Mahaney, walked into my office with three books he wanted me to read. One of them was Engaging with God: A Biblical Theology of Worship by David Peterson, an author I had never heard of. It looked more academic than most books on worship, and Peterson didn’t appear to be a musician. But I knew C.J. would only recommend books he thought would serve me well. So I dove in.

On the second page, I came across this quote:

Is worship, then, essentially an experience or feeling? Is it to be identified with a special sense of the presence of God, or with some kind of religious ecstasy or with expressions of deep humiliation before God? Are there special moments in a Christian meeting when we are truly “worshipping” God? Are church services to be measured by the extent to which they enable the participants to enter into such experiences? Such a subjective approach is often reflected in the comments people make about Christian gatherings, but it has little to do with biblical teaching on the matter. (16)

I scribbled “Good question” in the margin. As months went by, however, and I kept reflecting on that paragraph, I became increasingly unsettled by his closing statement: “ . . . it has little to do with biblical teaching on the matter.”

Outside the Holy of Holies

Until then, I had treated worship primarily as a “special moment in a Christian meeting.” It typically happened after we had sung two or three songs. Suddenly, we would become more aware that God was with us. We were emotionally engaged and sure something spontaneous was about to happen. To our minds, it directly corresponded to the Old Testament pattern of the temple. We started in the outer court, passed through the inner court, and finally entered the Holy of Holies. As a worship leader, I sought to lead the church into that “Holy of Holies” experience.

Twenty-five years later, I still appreciate and anticipate times when the church has a strong awareness that the Holy One of Israel is in our midst (Isaiah 12:6), but I no longer define worship that way. Because Scripture doesn’t.

Peterson’s quote brought me face to face with my underdeveloped theology of worship. If worship wasn’t defined by a “special sense of the presence of God, religious ecstasy, or deep humiliation before God,” what was it? Over time, and by God’s grace, I began to see more clearly what I was missing, including these five valuable lessons.

1. Worship isn’t centered on me.

As much as I knew that worship was about God, I somehow managed to make it about me: how I felt, how passionate I was, what I sensed or didn’t sense. And if it wasn’t about me, it was about us. I tended to measure worship by crowd size, volume, or how many hands were raised. What escaped me is that our desires, planning, and actions aren’t the essence of worship. The essence has been taking place from time eternal, as the triune God has gloried and delighted in himself (John 17:5).

“In worship, God invites us to join him in what he is already doing.”

In worship, God invites us to join him in what he is already doing. Our response is initiated by God, grounded in the reconciling work of Christ, and enabled by his Spirit (John 4:23–24; Ephesians 2:18; Philippians 3:3). As Peterson goes on to say, “Acceptable worship does not start with human intuition or inventiveness, but with the action of God” (26). Our part is to gladly participate in the perfect worship of Jesus, who through his once-and-for-all sacrifice has made all our offerings acceptable to God (1 Peter 2:5).

I understood years ago that worship applies to all of life and not just to singing. But my vocabulary revealed (and at the same time shaped) my theology. Statements like, “The church was really worshiping in the last song,” or, “We’re going to return to worship after the sermon,” or, “If you’re late you’ll miss the worship,” reinforced the misguided idea that worship was a spiritually infused musical experience God turned on and off like a faucet.

In light of our tendency to equate worship with music, it’s stunning that the Bible rarely puts the two together. When Job hears that his possessions are gone and his children have died, the biblical writer says he falls to the ground and worships (Job 1:20). In John 4, when Jesus speaks with the Samaritan woman at the well, his description of the kind of worship the Father is seeking has zero musical references (John 4:21–24). The various Hebrew and Greek words we translate as worship in the Bible are associated with reverence, service, submission, and honor — but rarely with music.

“Singing to God can be a part of our worship, but it was never meant to be the heart.”

In other words, singing to God can be a part of our worship, but it was never meant to be the heart.

In truth, we are never not worshiping. At any given moment, we’re directing our affections, attention, and allegiance either to the one true God or to idols that can never satisfy, comfort, or rescue us. That means I come into every Sunday gathering already worshiping something. I don’t have to wait for the right chords to be played, the right words to be said, or the right “atmosphere” to develop.

Far from being a “special moment in a Christian meeting,” God-honoring worship is the natural state of our hearts when we seek to “do all to the glory of God” (1 Corinthians 10:31). I can worship God by greeting a church member on Sunday morning and continue worshiping as I lift my voice in songs of praise (Hebrews 13:15–16). Gladly giving my tithes and offerings, listening attentively to the sermon, and praying for a friend after the service are all acts of worship.

More to the point, I can continue worshiping God as I have guests over for lunch, clean up afterward, and take a nap later that afternoon. And my worship doesn’t stop as I faithfully seek to exalt Christ in my home, workplace, school, or neighborhood by displaying a heart of grateful servanthood that has been transformed by the gospel.

Scripture does speak of distinct acts of worship (Psalm 29:2; Acts 13:2), but all of these take place within the larger context of our all-of-life “spiritual worship” (Romans 12:1).

4. Worship is still about God’s presence.

While worship may not be “identified with a special sense of the presence of God,” it is still very much about God’s presence, sensed or not.

Those nearest to God’s throne can’t help but be in a state of wonder, gratefulness, awe, and, yes, worship (Isaiah 6:3; Revelation 4:8; 5:13–14). And though we may not feel we’re in the presence of God at any given moment, God has seated those who have trusted in Christ “with him in the heavenly places” (Ephesians 2:6). In Christ, God has brought us “to Mount Zion and to the city of the living God, the heavenly Jerusalem, and to innumerable angels in festal gathering” (Hebrews 12:22). The apostle Paul asks the Corinthian believers, as well as us, “Do you not know that your body is a temple of the Holy Spirit within you, whom you have from God?” (1 Corinthians 6:19).

We are always in God’s presence, and live coram deo, before the face of God. We can trust his promises to be with us (Matthew 28:20; John 14:16; Hebrews 13:5). But when we gather, God often sovereignly makes his presence known in more experiential ways (Acts 4:31; 1 Corinthians 12:7; 1 Corinthians 2:4; 1 Thessalonians 1:5). It would contradict the biblical evidence to say that worship in God’s presence, in the broad or narrow sense, never moves our affections, causes us to “rejoice with joy that is inexpressible and full of glory” (1 Peter 1:8), convicts our hearts (1 Corinthians 14:24–25), leads us to a greater pursuit of holiness (2 Corinthians 6:16–7:1), bolsters our confidence (Hebrews 13:5–6), or deepens our love for God (1 Peter 1:8).

God’s Spirit tends to move more evidently when we gather together, and we should pray and long for those times. But these aren’t the only times we’re worshiping God!

We worship God when we do whatever we do, “in word or deed, in the name of the Lord Jesus, giving thanks to God the Father through him” (Colossians 3:17). Worship is a continual Spirit-enabled response to God’s self-revelation that exalts his glory in Christ in our minds, hearts, and wills. It doesn’t require music and can’t be limited to the realm of feelings (but can certainly involve both!). Worship is a gracious gift from our heavenly Father, who invites us, over and over again, to find our greatest joy in him. Any time. Anywhere.

And the greatest news of all is that, for those washed clean through the blood of Christ, worship will never, ever end.