Looking for some good reading? Westminster Books is offering great deals on sets of commentaries and reference works.

“In 1973 I was 19 years old and a sophomore in college when the Supreme Court decided the Roe vs Wade case and legalized abortion. Honestly, however, I never expected the Court’s landmark decision to affect me personally.” And yet…

Jared Wilson: “As I get older, I think more and more about this claim from Paul — and the concept of ‘spiritual fatherhood’ generally — and it seems a pressing issue to me, not just ‘culturally,’ but personally.” He offers some thoughts on what the practice looks like.

OK, so there was Glastonbury

Samuel James: “‘I’m now at a point where the first thing I wonder about a job applicant is, ‘How likely is this person to blow up my organization from the inside?’’ The emerging generation of activists are arriving at these organizations with two things: incredible amounts of leverage over their employers (thanks to the Internet), and incredibly low amounts of personal investment in groups or networks outside themselves.”

“When my kids were little, one of our homeschool lessons was on ‘red flags.’ We talked about what things others might say to get you to do something your parents have told you not to do.”

On Keeping Your Greek and Hebrew in Ministry

I have often observed that some people demand unquestioning obedience of those who follow them, while they themselves dispute every decision of those who lead them…The fact is, we train our followers by the way we follow. 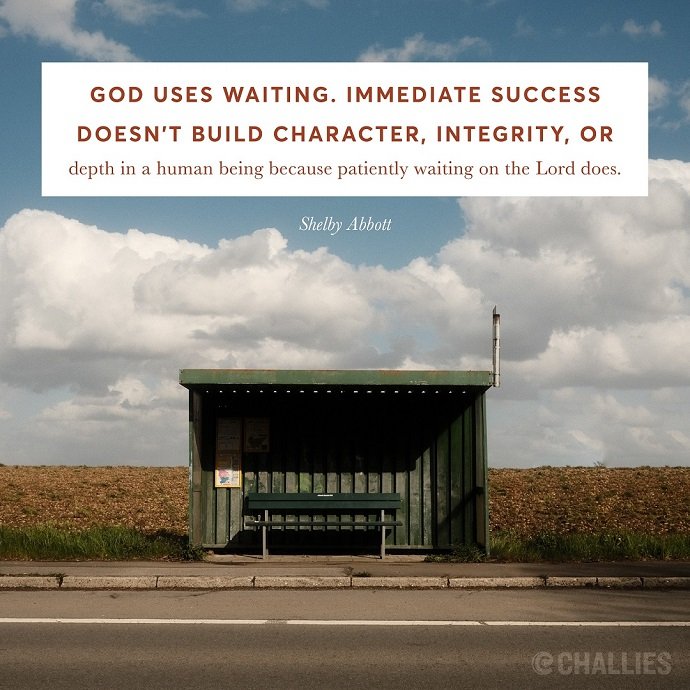 God uses waiting. Immediate success doesn’t build character, integrity, or depth in a human being because patiently waiting on the Lord does. —Shelby Abbott