There is a new ESV Concise Study Bible available and Westminster Books has it on sale this week.

D. A. Carson on the Two Jews Talking the Day Before the First Passover

Here’s a neat little excerpt of a sermon by D.A. Carson.

No Such Thing as Too Hard Music

Madelyn Canada: “It wasn’t that the music was too hard to figure out, and it wasn’t that the situation was really all that hard to know how to handle. The truth in both situations was that I didn’t want to give all that it would require of me. Apparently walking in obedience to Christ is quite a bit like playing the piano.”

Why God Saved You

God saves people for a purpose. Salvation in Christ begins a life spent growing into being like him and serving him faithfully. God forms Christians into Christ’s character and image. This transformation takes place as we come to know and love our Lord. God sends maturing Christians out into the world as his servants as he reconciles all things to himself. (Sponsored Link)

Why the Enemy Wants You to Think You’re Alone

“I’ve been there. Discouragement spiraled into depression. I multiplied my angst by entangling myself in sin. I didn’t think anyone would understand. I was too afraid to ask anyone for help. Lies compounded sin.” What if there is a strategy behind this sense of isolation?

“Almost anything we treasure—from people to possessions to abilities—can vanish in an instant. However, Scripture does teach us about a few precious treasures that no thief, con man, or devil can ever take away.”

This is a sweet and encouraging one. “Lord, thank you for sending all the Agneses into our lives who are examples of both how to live and how to prepare to die. Thank you for praying women who are doing the good things that you have planned for them long ago. Thank you for those who have come before us and are steadfast in their faith in spite of weary bodies. I pray that I will be well prepared when I see my Savior face to face.”

What the Church is Not

“These are dark days. Thankfully, there are double yellow lines within the church, made and intended to guide the body of Christ: God and his Word. The white outer line? That is your pastor, a man chosen by God, an overseer tasked with the mission of shepherding your soul through prayer and teaching. He answers directly to God, and will give an account.”

Yet we are so quick to assume the very best about our own motives and the very worst about others’. Surely this is some of what the psalmist cried for in Psalm 139… 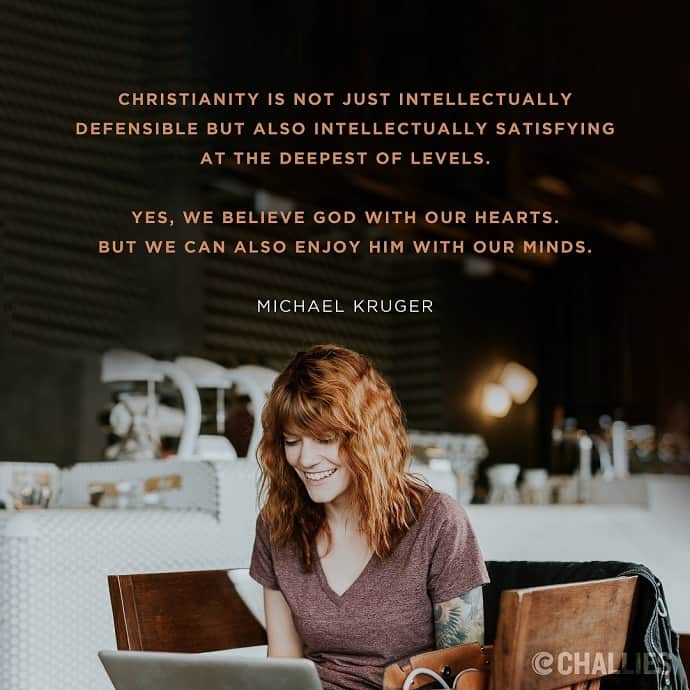 Christianity is not just intellectually defensible but also intellectually satisfying at the deepest of levels. Yes, we believe God with our hearts. But we can also enjoy him with our minds. —Michael Kruger